Kawah Buku > History > Southeast Asia > Revolution in the City of Heroes: A Memoir of the Battle that Sparked Indonesia’s National Revolution 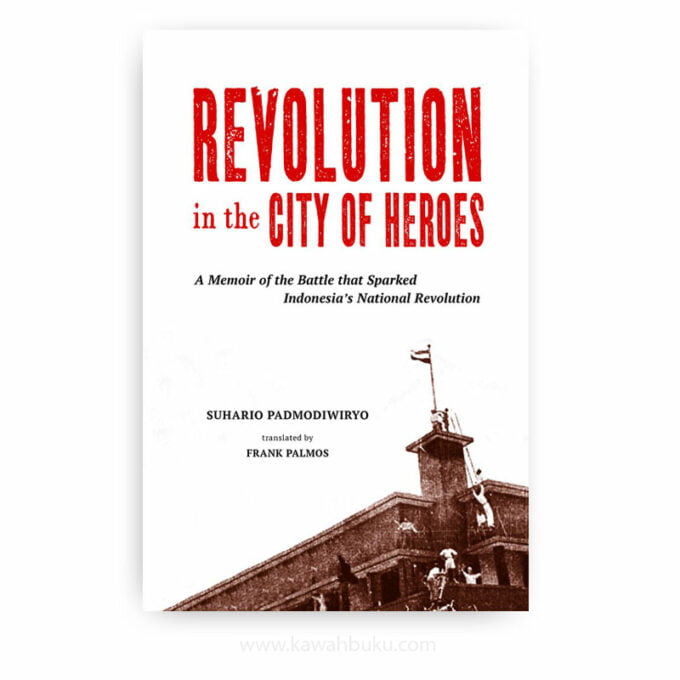 Revolution in the City of Heroes: A Memoir of the Battle that Sparked Indonesia’s National Revolution

SUHARIO PADMODIWIRYO, “Hario Kecik” to his friends and family, was born in Surabaya on 12 May 1921. He began a career in medicine but his studies were cut short by the arrival of the Japanese. After his extraordinary experiences as a Deputy Commander of forces fighting in Surabaya in 1945, he stayed in the newly formed Indonesian National Army, rising eventually to the rank of General. Later placed under house arrest by President Suharto, General Suhario published his memoirs in Indonesian in 1995.

Based on the diary of 24-year-old Indonesian medical student Suhario Padmodiwiryo, Revolution in the City of Heroes is an evocative first-hand account of the popular uprising in Surabaya. It vividly portrays the chaotic swirl of events and the heady emotion of young people ready to sacrifice their lives for independence, and is essential reading for Australians seeking to gain a better understanding of their increasingly important northern neighbour.

The battle of Surabaya looms large in the history of Indonesia. Yet the story of this battle is not well known outside of that nation. Newly liberated from nearly four brutal years under Japanese control, the people of the lands that would become Indonesia faced great uncertainty in October 1945, as the British Army attempted to deal with surrendered Japanese personnel and restore Dutch colonial rule. The youth of Surabaya seized Japanese arms and repelled the force sent to occupy this city. They then held off British reinforcements for two weeks, battling tanks and heavy artillery with little more than light weapons and sheer audacity. Though eventually defeated, Surabaya’s defenders had set the stage for Indonesia’s national revolution.

2. Tearing of the Tricolour

4. The Fall of the Kempeitai