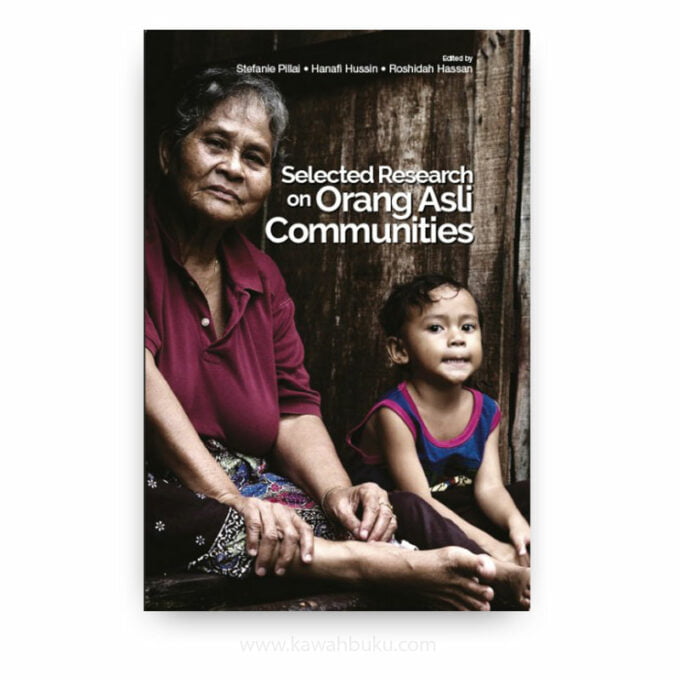 Selected Research on Orang Asli Communities features recent studies on indigenous communities in Peninsular Malaysia which provides both an overall overview and more focused discipline-based views on Orang Asli groups like Bateq, Jakun, Kensiu, Semai, Semaq Beri and Temiar. The term Orang Asli, meaning Original People, was first used by the government in the 1960s, replacing the term “Aborigines”. However, this Malay term does not mean that the Orang Asli are a homogenous group of people. Prior to 1960, the “Orang Asli—as an ethnic category—did not exist, nor did the different indigenous groups see themselves as a homogeneous group.” Instead, there are distinct linguistic and cultural practices among groups of Orang Asli. There are also differences in migration and settlement patterns, as well as genetic links. We should also stand cautioned concerning the “degree of correlation between language, cultural tradition, conscious identity and population-genetics within the Malay World,” which to be “at best partial.” Section 2 of the Aboriginal Peoples Act 1954 (Revised 1974) interprets an “aboriginal ethnic group” as “a distinct tribal division of aborigines characterised by culture, language or social organisation and includes any group which the State Authority may, by order, declare to be an aboriginal ethnic group.”

This Act also states that a definitive “aboriginal racial group means one of the three main aboriginal groups in Peninsular Malaysia, namely the Negrito, Senoi and Proto-Malay. Jabatan Kemajuan Orang Asli (Department of Orang Asli Development, or its acronym JAKOA) uses this classification where six groups are listed under the three categories based on cultural and linguistic characteristics. Senoi (Temiar, Semai, Mah Meri, Che Wong, Jah Hut, Semoq Beri), Proto-Malay (Seletar, Jakun, Kuala, Kanaq, Temuan, Semelai) dan Negrito (Kintak,  Lanoh, Kensiu, Jahai, Mendriq, Batek). The link between language and cultural identity is indeed not new. However, in relation to the state-defined categorization of the Orang Asli groups, we need to be cognizant of the fact that this is not “necessarily an obvious or objective classification”. In addition, it is important to acknowledge that there are groups with small populations that are likely to have been absorbed into larger ones. For example, the Temoq have been put together with the neighbouring Semelai group for administrative purposes. Thus, the actual number of Orang Asli groups is likely bigger than the eighteen groups. The Orang Asli population was estimated at 178,197 based on data collected in 2010, making up approximately 0.79 of the total Malaysian population. The JAKOA website states that 209,680 Orang Asli people were included in the Population and Housing Census of Malaysia 2020.

Given such a small percentage, this minority group of Malaysian who live in most states in Peninsular Malaysia, albeit in varying numbers, is inevitably subject to marginalisation due to several factors. Research on the various issues faced by different Orang Asli communities, such as the works featured in this book and programmes aimed at assisting these communities, articulate the need to create awareness about these issues and call for necessary attention to them. More importantly, it helps to make an impact in the long run. While generally, the development offers socio-economic progress and improved quality of life to all Malaysians, the Orang Asli find their way of life and culture at risk as modernity and development encroach into their ancestral land. As our country progresses, finding the balance between facilitating the development of the Orang Asli and acknowledging the importance of their cultural heritage is vital. In the face of the world’s current health, climate, and environmental crises, ignoring the role of indigenous people in stemming these crises is not a viable option.

Therefore, more attention towards societal needs should be paid vis-à-vis the impact of development and economic activities that can adversely affect the indigenous people all over the world, including the Orang Asli in Malaysia. This will also address the all-encompassing 17 Sustainable Development Goals (SDGs) set up by the United Nations related to not only the environment but also poverty, hunger, health and well-being, and education. This book brings together a collection of studies on the contemporary lives of the Orang Asli by combining both the indigenous knowledge of the Orang Asli and modern scientific knowledge. Such a hybrid approach aligns with the hopes of developing a more sustainable and inclusive Malaysia. Moreover, the works reported in this book can also act as a platform to launch further inquiries into issues related to Orang Asli communities.

5. Engaging Anthropology: The Struggle for Recognition of Indigenous Customary Land Rights in Malaysia and the Case for a Public Presence
– Kamal Solhaimi Fadzil