Kawah Buku > Economics and Political Science > The Moral Economy of the Peasant: Rebellion and Subsistence in Southeast Asia
Out of stock 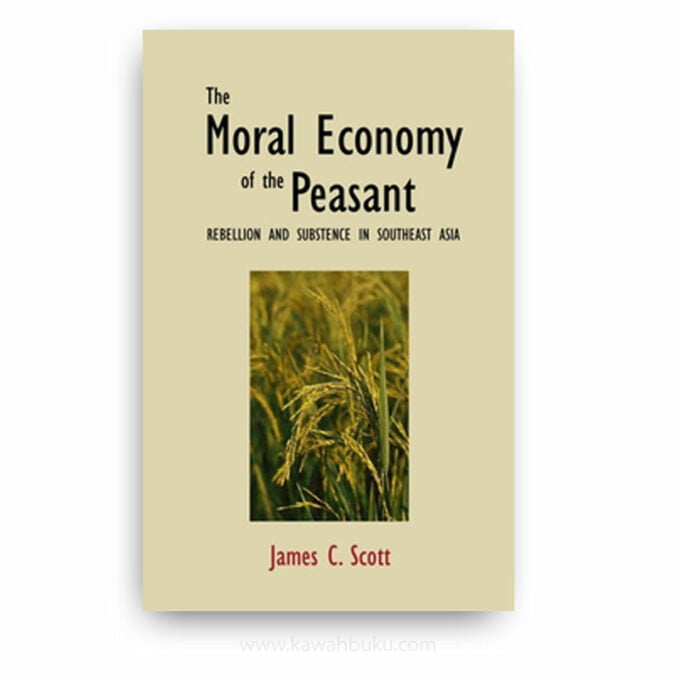 The Moral Economy of the Peasant: Rebellion and Subsistence in Southeast Asia

JAMES C. SCOTT is a professor of political science at Yale University.

Through The Moral Economy of the Peasant: Rebellion and Subsistence in Southeast Asia, James C. Scott places the critical problem of the peasant household—subsistence—at the center of this study. The fear of food shortages, he argues persuasively, explains many otherwise puzzling technical, social, and moral arrangements in peasant society, such as resistance to innovation, the desire to own land even at some cost in terms of income, relationships with other people, and relationships with institutions, including the state.

The basic architecture of The Moral Economy of the Peasant has a classical leanness and clarity. Its major premise is that, in the face of the unpredictable and largely uncontrollable violence of natural and man-caused calamity, traditional peasant communities are everywhere obsessed with the problem of survival. Peasants’ typically communitarian values, attachment to their land, dependence on personalized patronages, hostility to imported technical innovation, and suspicion of the state are both “logical corollaries” of this obsession and readily demonstrable traits of actual peasant societies.

All such attitudes and values reflect the need to minimize the risk of going under in time of adversity. This means, Scott argues, that the moral touchstone for peasant evaluation of landlords, officials, taxes, corvees, or commercial crops is their impact on the chances for survival, rather than for progress or profit. Peasant rebellion comes not when rising expectations are unexpectedly frustrated, but when the abyss of famine yawns.

Scott proceeds to show how the colonial experience inexorably drove many peasants to the brink of that abyss. Subjection to metropolitan capitalism exposed colonized peasantries to the incomprehensible vagaries both of nature and of world demand; the spread of cash caused a cancerous growth of usury, landlordism, and absentee ownership. The colonial state, far more powerful and “rational” than its predecessors, and obedient to the will of the metropole, not only imposed unprecedentedly heavy taxes, but gave the ruthless regularity of their collection priority over everything else. Whereas traditional princes had either been willing to or had been compelled to relax their tax demands in bad times, the white rulers calmly maintained their implacable exactions, thereby goading their peasant subjects to despair and rebellion.

After developing this argument with a subtlety, Scott moves on to apply it to certain peasant movements in Southeast Asia. Taking as his main examples the Saya San rebellion, which broke out in Lower Burma in 1930, and the so-called “Nghe-Tinh” insurrection that erupted in Annam in the same year, he suggests that they were the products both of a secular deterioration of the agrarian order and of the sudden catastrophic impact of the World Depression. Faced by what they perceived as a massive violation of their right to survival, Burmese and Vietnamese peasants reacted with a ferocity that horrified their colonial and native masters.

Demonstrating keen insights into the behaviour of people in other cultures and a rare ability to generalize soundly from case studies, Scott offers a different perspective on peasant behaviour that will be of interest particularly to political scientists, anthropologists, sociologists, and Southeast Asianists.

1. The Economics and Sociology of the Subsistence Ethic

3. The Distribution of Risk and Colonial Change

4. The State as Claimant

6. Implications for the Analysis of Exploitation: Reciprocity and Subsistence as Justice