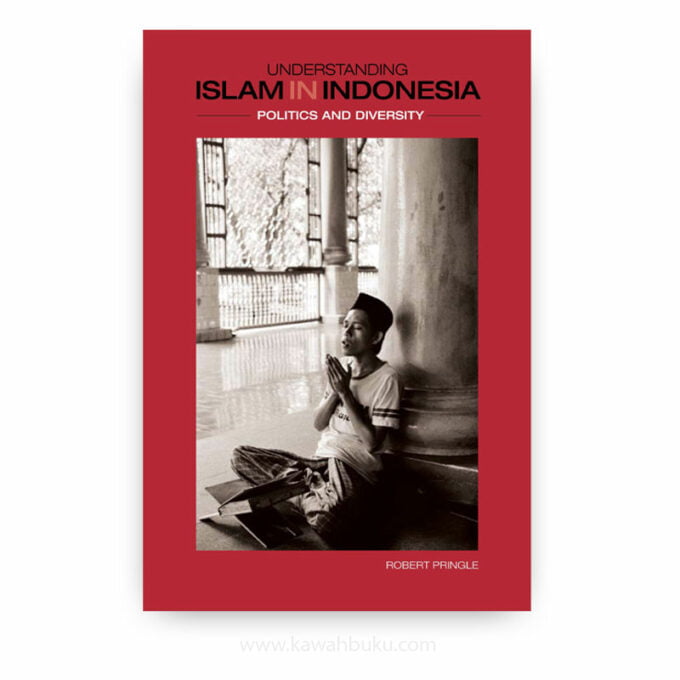 ROBERT PRINGLE was US Ambassador to Mali and postings elsewhere in Africa as well as in the Philippines and Papua New Guinea. His experience with Indonesia began with a four-year posting at the US Embassy in Jakarta from 1970 to 1974. He has followed Indonesian history, politics and culture ever since.

Understanding Islam in Indonesia: Politics and Diversity is intended as a “primer on Islam in Indonesia” for non-experts, which is home to more Muslims than any other country on earth. Indonesia is also the worlds fourth most populous country and its third-largest genuine democracy. Interest in Indonesian Islam has increased since the events of September 11, 2001, but most people know little about the country and much less about Indonesian Islam. Even those who know something about Indonesia tend to be in the grip of contending stereotypes. The first is that Indonesian Islam is “moderate,” quite different from the frightening Middle Eastern variety. The second is that, notwithstanding the moderation of its Islam, Indonesia is a soft state, at risk of succumbing to a theocratic, extremist, sometimes violent Islamic minority.

To go beyond the stereotypes and make sense of what is happening today, it is necessary to know something about Indonesian society and especially about certain historical events which have great explanatory force. Most readers will be interested primarily in the politics of Islam, and its ability to co-exist with, or even help nurture, a modern democratic state. With that in mind, the book is not about the theology of Islam, except insofar as doctrine relates to political culture, which of course it quite often does.

The first four chapters aim to provide a base-level understanding of the history that has conditioned the development of Islam in Indonesia. The fifth chapter explores aspects of Islamic institutions in Indonesia which
are of particular interest to foreigners, including Islamic law, Islamic education, and two mass organizations unique to the country, Nahdlatul Ulama and Muhammadiyah. The final three chapters examine two current topics of paramount importance: first, the sectarian and regional violence that followed the fall of President Suharto in 1998 and seemed to presage the disintegration of Indonesia, and second, the question of whether or not Indonesia’s new democracy is at risk of being subverted or co-opted by an Islamic extremist minority. While the author has tried to make the historical chapters as impartial as possible, his discussion of current and near-current events in the final three chapters reflects his personal opinions as to what can be concluded from the historical record, and—equally important—from the nature of Indonesia’ diversity.

It is a fundamental premise of this book that Indonesian Islam cannot be understood apart from the complexities of Indonesian history and culture. The author has therefore concentrated on national factors which in his view will
continue to be important and in many cases determining. This does not mean that global factors are not also important, but it is the Indonesian element that is least understood outside the country and it is that deficit which this book is designed to address.

Understanding Islam in Indonesia is clear, concise, and engagingly well-written. The author offers a balanced and synthetic analysis, drawing on important works from the field and presenting their arguments in a clear and accessible manner. For these reasons, the book could be usefully adopted in undergraduate courses in political science or Southeast Asian studies. As an introduction rather than a final word, Pringle’s book is a welcome contribution to Indonesian studies and to the study of political Islam.

The Terrain Where Islam Settled
Indonesia’ Hindu-Buddhist Era (Sixth to Sixteenth Centuries)
The Pioneers of Islam
Burgeoning Trade and Religious Globalization
Was There a Race with Christianity?
The Dynamics of Conversion
The Potent Role of Islamic Mysticism
Indonesia on the Eve of Dutch Rule

From Dutch Company to Dutch Colony
Islam and Ant+-colonial Warfare
— The Padri War (1821-38)
— The Java War (1825-30)
— The Aceh War (1873-1912)
The Sagacious Advisor: Snouck Hurgronje and Dutch Islamic Policy
Unintended Consequences of Sugar and Prosperity
Nationalism and Reformist Islam
Islam and the Idea of Indonesia
The Final Days of Dutch Rule
Japan Sets the Stage for Independence

Into the Maelstrom
Seven Words that Won) Go Away: the Jakarta Charter
Madiun: Betrayal from the Left (1948)
Darul Islam: Betrayal from the Right (1948-62)
The Election of 1955
The Outer Islands Rebellion (1938)
Failed Coup and Bodies in Rivers: The Trauma of 1965-66
Summing up the Sukarno Era

Islamic Institutions — the Two Big Ones: Muhammadiyah and Nahdlatul Ulama
The Muslim Educational System in Outline
The Pesantren System
A Garland of Pesantren
— Gontor, the “Modern Pesantren”
— Pabelan and Vocational Education
— Hidayatullah: A Bugis Varian
— Wealthy of Weird: The Strange Case of al-Zaytun
— Pesantren Daarut Tauhid: The Kiai as TV Personality
The Sufi Brotherhoods (Tarekat) and Mysticism
Islamic Authority in Indonesia
Sharia and the Fatwa Phenomenon
Muhammadiyah, NU and the Gender Struggle

8. The Resilience of Diversity: A Summing Up