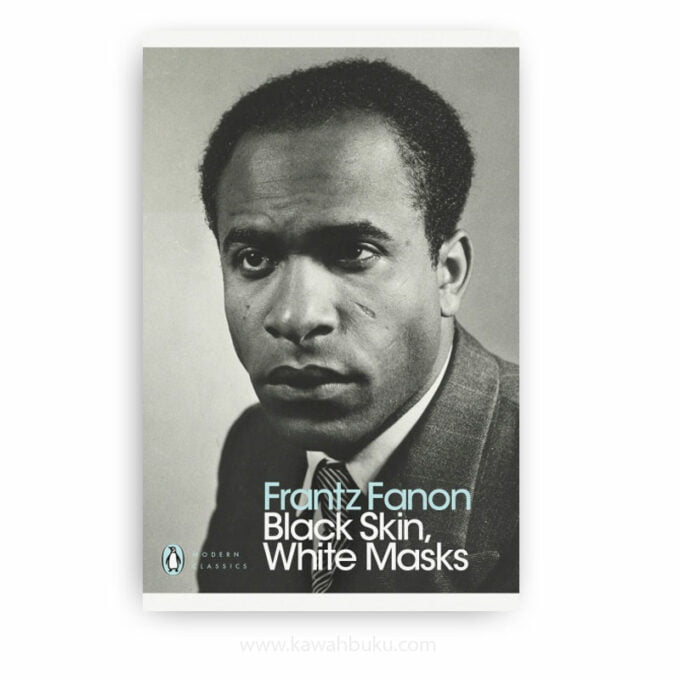 FRANTZ FANON (b. 1925 – d. 1961) was born in Martinique and studied medicine in France, specializing in psychiatry. Sent to a hospital in Algeria, he found his sympathies turning towards the Algerian Nationalist Movement, which he later joined. He is considered one of the most important theorists of the psychology of race and his books Black Skin, White Masks and The Wretched of the Earth have been extremely influential.

Translated from the French by RICHARD PHILCOX

Black Skin, White Masks confronts complex formations of colonized psychic constructions of Blackness by applying psychoanalysis to explain the feelings of dependency and inadequacy that black people experience. Fanon paints the perception of white people as having a deep-seated fear of educated blacks. He explains, no matter how smart a black person may become, whites will always exercise a sense of ‘inferiority’, such as speaking “pidgin”. This way of thinking was designed to keep ‘Blacks’ stuck in an “inferior status within a colonial order.”

The divided self-perception of a Black Subject who has lost his native cultural origin, and embraced the culture of the Mother Country, produces an inferior sense of self in the “Black Man.” They will try to appropriate and imitate the culture of the colonizer where such behaviour is more readily evident in upwardly mobile and educated Black people who can afford to acquire status symbols within the world of the colonial ecumene, such as an education abroad and mastery of the language of the colonizer, the white masks.

Although Black Skin, White Masks is a historic text, firmly located in time and place. Fanon’s anger has a strong contemporary echo. It is the silent scream of all those who toil in abject poverty simply to exist in the hinterlands and vast conurbations of Africa. It is the resentment of all those marginalized and firmly located on the fringes in Asia and Latin America. It is the bitterness of those demonstrating against the Empire, the superiority complex of the neo-conservative ideology, and the banality of the “War on Terror.” It is the anger of all whose cultures, knowledge systems and ways of being are ridiculed, demonized, declared inferior and irrational, and, in some cases, eliminated. This is not just any anger.

It is the universal fury against oppression in general, and the perpetual domination of the Western civilization in particular. This anger is not a spontaneous phenomenon. It is no gut reaction or some recently discovered passion for justice and equity. Rather, it is anger borne out of the grinding experience, painfully long self-analysis, and even longer thought and reflection.

As such, it is a guarded anger, directed at a specific, long term desire. The desire itself is grounded in self-consciousness: when it encounters resistance from the other, self-consciousness undergoes the experience of desire—the first milestone on the road that leads to dignity. Black Skin, White Masks offers a very particular definition of dignity. Dignity is not located in seeking equality with the white man and his civilization: it is not about assuming the attitudes of the master who has allowed his slaves to eat at his table. It is about being oneself with all the multiplicities, systems and contradictions of one’s own ways of being, doing and knowing. It is about being true to one’s Self. Black Skin, White Masks charts the author’s own journey of discovering his dignity through an interrogation of his own Self—a journey that will not be unfamiliar to all those who have been forced to endure western civilization.

Chapter One The Black Man and Language

Chapter Two The Woman of Color and the White Man

Chapter Three The Man of Color and the White Woman

Chapter Five The Lived Experience of the Black Man

Chapter Eight By Way of Conclusion