Kawah Buku > History > Malaysia > From Majapahit to Putrajaya: Searching for Another Malaysia 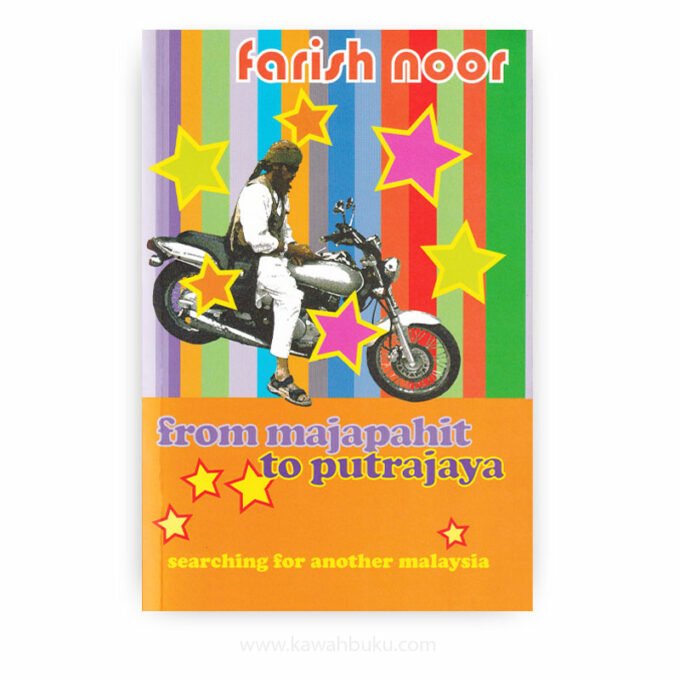 From Majapahit to Putrajaya: Searching for Another Malaysia

From Majapahit to Putrajaya: Searching for Another Malaysia is a collection of essays by Farish A. Noor on diverse subjects, unfolding development and history in Malaysia. The essays in this collection is a real bunga rampai, a wonderfully varied bouquet of flowering polemics—are the work, and demonstrate the working, of a singular mind, one that is recognizably Malay and Malaysian, grounded in this country and its historical trajectory, yet elegantly cosmopolitan. They engage alike with the latest political controversies; with long and perhaps wilfully forgotten historical events; with public identities of widely recognized symbolic standing and with significant but scarcely known individual personalities.

Farish’s accounts of these matters are both personal and political, impassioned and analytical, born of intensely private feelings—often those of anguish and dismay, bewilderment and outrage – yet at the same time generously, even recklessly, public-spirited. Forthright, controversial, courageous, Farish Noor’s is no ordinary voice. His writings about religious extremism and ‘moral panic’ on social conformity and the ‘new generation post-modern Malay’, make him an indispensable voice and viewpoint these days.

What Farish Noor has to say is, above all, timely. There 1s rich irony in his detailed account of the changing cultural status and political symbolism, over the last five centuries, of the kens. Controversy has recently raged over the ‘civil ethics’ — 1n the Malay-centric but more than simply and solely Malay society and polity that contemporary Malaysia is ~ of the florid public brandishing of the keris at the UMNO General Assembly by the head of the UMNO Youth. The functions of the keris may have changed, its display becomes less utilitarian and practical, more a cultural gesture: now more an icon or simulacrum than a potent instrument, an instrument of potency.

Yet again, as before, the kens has recently been invoked, by the leaders of the UMNO Youth, as the quintessential symbol of Malay male pride, especially when wounded or dangerously driven to seek redress for a perceived offence, and of minatory demands for Malay sovereignty, for national politics on Malay terms. With keris in hand, so the disingenuous defence went, the political headman of the UMNO Youth ‘had uttered no threatening words’. Yet everybody knows, and practising politicians better than most, that what may not decently be said in words may yet be uttered, and implied with great effect, in resonant symbolic action—a recourse about which Malay politics has never been naive or innocent. Nor is Farish Noor and his writing.

Introduction
The Loneliness of the Long Distance Writer

Malaysia: Politics as Usual
1986 Revisited (Part I): PAS’s Second Nadir
1986 Revisited (Part II): UMNO’s Failed
Modernist Islamic Project
UMNO, PAS and the Pitfalls of ‘Malay Unity’
Linguistic Multiculturalism or the Tyranny of the Majority?
Race, Racism and Islam Hadari
That ‘Endangered Species’ Otherwise Known as the Malay
A Sweet Conjunction
The Battle for Time and Space in Malaysia’s Narrowing Society
AIDS And The Other Malaysia

ASEAN
Konfrontasi Again? Let Us Not Muddle Our Connected History!
Siti Norhaliza, Save Us!!
Three Cheers for the Alternative ASEAN Games!