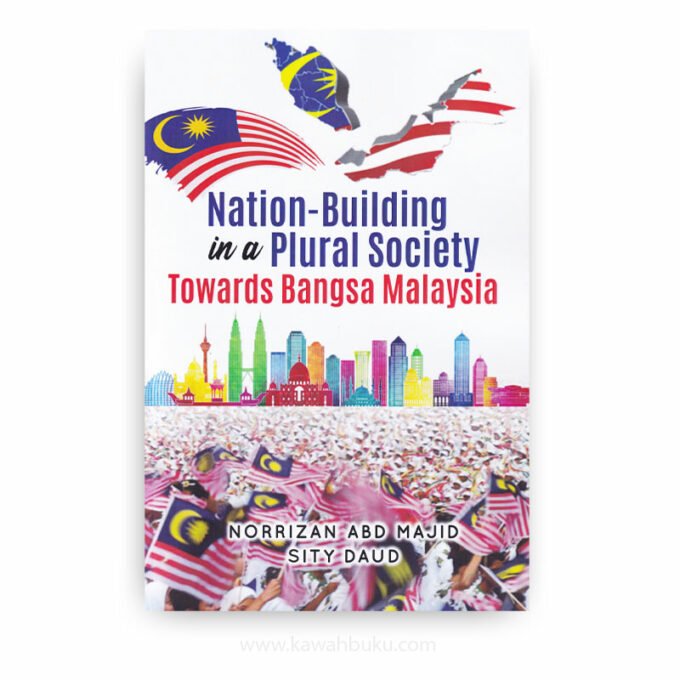 Nation-Building in a Plural Society Towards Bangsa Malaysia

NORRIZAN ABD MAJID is currently the Special Officer to the Minister (Sabah and Sarawak Affairs) at Prime Minister’s Department.

Nation-Building in a Plural Society Towards Bangsa Malaysia examine the role of nation-building in a plural society towards the formation of Bangsa Malaysia which plays an important part in shaping the country into a developed nation. Bangsa Malaysia which is one of the nine (9) challenges in Vision 2020 was introduced by the former Prime Minister Mahathir Mohamed in 1991. The Vision stated that Malaysia should be a developed nation according to its own mould in the year 2020. The country should not only have the per capita income that reflects the wealth of a developed nation but also have various capacities associated with developed countries which include industrial sectors, level of education and political maturity. The book investigates whether nation-building through Bangsa Malaysia has managed to trigger the various ethnic groups towards the process of integration and competition.

The book illustrates that nation-building has managed to trigger the spirit of integration and competition among all ethnic groups. There are differences between the people-perception and state-perception on the concept of Bangsa Malaysia, which is often viewed in the context of ethnicity and the relationship between the ethnic groups. Thus, the failure to understand that to be a developed nation, the people must be fully developed along with all the dimensions, economically, politically, socially, spiritually, psychologically and culturally. There is also a lack of understanding and respect towards the Constitution which formed the very basic foundation of the nation.

The book also indicates that although the nation has improved economically, Malaysia is similar compared to other plural societies which face challenges to a new state of development in order to realise the spirit of Vision 2020. It concludes that Bangsa Malaysia should be regarded as a nation with a shared vision that upholds the Constitution with the capacities of a developed nation. Malaysians should share equitable fruits of development and address themselves as Malaysians.

CHAPTER 1 Nation-Building in a Plural Society