Kawah Buku > Sociology and Anthropology > Out of the Shadows: Women in Malay Court Narratives 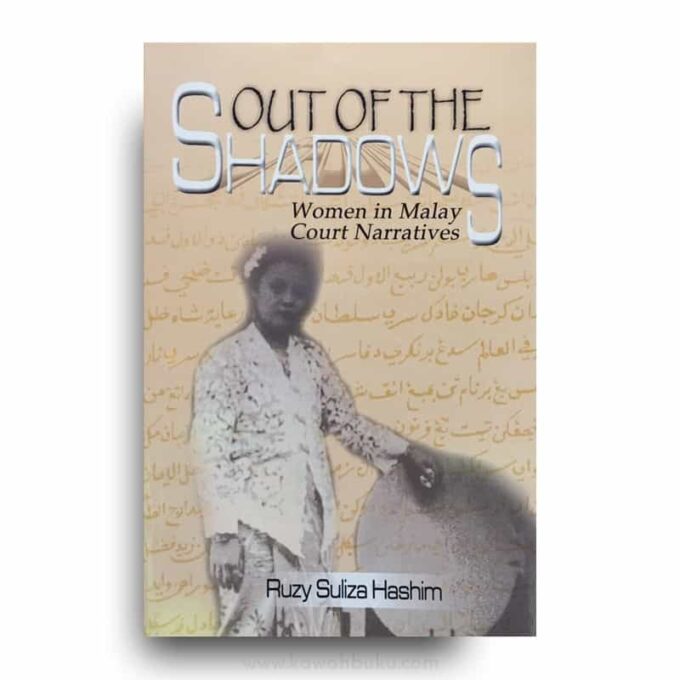 Out of the Shadows: Women in Malay Court Narratives

Out of the Shadows: Women in Malay Court Narratives highlights the problematic of the notion that marginal positioning of women in selected Malay court narratives equates with their apparent insignificance in the history of Malay kings. As we sieve the pages of texts written by male court scribes, a triangulating model of analysis is employed the lenses of feminist dialogics, social exchange, and Islamic theology as multiple ways of illuminating the representations and expectations of women of the court, their lives and experiences, their inclusions and exclusions from society. Both western and non-Western paradigms are used simultaneously as a method of analysing the women’s stories from these three different perspectives at times singly, at other times in combination so that a plurality of readings can emerge.

Malay court narratives were produced between the fourteenth and the early nineteenth centuries. This genre no longer exists in modern Malay literature because the system of absolute monarchy is no longer in place in the Malaysian political system. As a product of modem democratic Malaysia, the author have very little in common with the women in the corpus studied. But the marginalisation of women as it is represented in Malay court narratives suggests to modern Malaysian women that their ancient sisters were irrelevant to the making of history. Research has shown that “Malay notions of gender-specific categories, obligations, and cultural justifications of ideals are historically produced categories,” (Ong 1990, 388) that is, a tangible link exists between perceptions of women of the past and women of the present. Since that is so, the need to draw out of the history of Malay kings and the significance of women is all the more urgent.

The notion that the marginal positioning of women in the court chronicles equates with their insignificance in history is erroneous. By classifying them in three conditions: as silent, consenting or dissenting women, either individually or collectively, they can be seen to unsettle the patriarchal principles which purportedly govern their lives. By selecting their stories, an attempt is made to piece together the fragments of a history, although it is far from a definitive one. By looking through multiple reading lenses, we can examine and identify their acts of acquiescence or defiance in a world governed primarily by patriarchal system.

Patriarchy is a systematic ideology whose values are derived from the masculine gender. Kate Millett (1990) employs the term to theorisea society dominated not just by masculinity but also by men whose primary purpose is to construct and maintain a certain power relationship over women. Perpetuation of this male dominance is achieved by means of mechanisms of power which are systematically executed so that the subjugation of women appears natural and desirable. As we shall see later, the characteristics of Malay court narratives reveal the existence of devices which methodically impart to an audience the idea that women participated only minimally in history.

Malay court narratives are presented as authoritative texts used in various ways by literary scholars, historians, anthropologists, and political scientists to find out about the past. While many scholars of Malay history doubt the historical accuracy of these works, the processes of the Malay court scribes in many ways resemble the methodology of a modem historian. The focus of this book on the narration is on the telling of the story, because by arguing that an author selects details in order to shape the reader’s response, the basis of the nanatives is scrutinised to examine the mechanisms used to convey the interests, values, and power relations of a preferred community. By showing various analytical strategies, readers of Malay court narratives can avail themselves to the tactics of subversive reading possibilities.

Feminist dialogics is one of the lenses used to challenge the traditional reading position. Feminist dialogics questions official discourse through its interpretation of ideology, dialogics, heteroglossia, carnival, and chronotope. Derived from Mikhail Bakhtin’s theory of dialogics, feminist dialogics is an analytic approach which allows for the muted or silenced voices of women to burst through the matrix of patriarchal discourse. Court narratives are filled with power struggles in which certain voices are louder than others. The purpose of feminist dialogics is to gender those voices, to unveil the network of patriarchal strategies which subject women to silence and speech, and to investigate the manner in which women are implicated in and participate in dialogues with those at the centre of power.

The second reading lenses, theories of social exchange, explain the co-option of women into a court system that employs the exchange of goods and services as one of the mechanisms by which the social relations of court society are sustained. An examination of social exchange and the motives which drive reciprocity will reveal that women, whether merely as the objects of exchange or as active agents in the processes of exchange, cannot simply be dismissed as peripheral figures in the history of Malay monarchy.

The Islamic approach provides the third reading lens. Malay court chronicles, after all, are set within a context of the progressive spread of Islam, and stories about the conversions of rulers predominate within them. By explaining how Islam views women, ahistorically—during the life of Prophet Muhammad as well as historically (as described in the Qur’an)—two frames of references are brought into contrast with the representations of women in the Malay chronicles. Many local and international scholars disagree on the effect of Islam on Malay women. My contribution to this debate is that Islam, rather than Malay adat (traditional value system) recognises women’s rights and accord them prestige.

Chapters 6, 7, and 8 of Out of the Shadows: Women in Malay Court Narratives demonstrate the uses of these three reading lenses either individually or collectively. Chapter 6 illustrates the examples of women who have been portrayed as silent, ineffectual characters without agency. Appropriation of the multiple reading lenses, however, imbue these women’s silences with meaning, and reveal the extent to which men rely on women to generate political power and maintain social order. Chapter 7 is an examination of the voices of women that are portrayed as compliant, and whose words reveal the confines of their gender. Although male discourse seeks to minimise the significance of women and manipulate their speech patterns in order to maintain patriarchal social structures, we see through the cracks revealed by taking a variety of interpretive approaches that women often strategically craft their utterances in order to appeal to male power and achieve their wishes within these inhibiting constraints.

Chapter 8 is an analysis of stories of dissenting women who speak up (inevitably through the male, scribal voice) to tell us how they see the world, what they refuse, and what they desire. They fleetingly represent what their patriarchal society seeks to repress. These women provide an invigorating contrast to the silent and muted women of Chapters 6 and 7 because they resist the boundaries of their gender roles so openly. Although the scribes position us to condemn these dissenting women, to look through the lenses of feminist dialogics, exchange theory, and Islamic theology is to see the larger picture of the conflicts and contradictions inherent in patriarchal ideological systems which seek to smother female dissent.

Be the first to review “Out of the Shadows: Women in Malay Court Narratives” Cancel reply