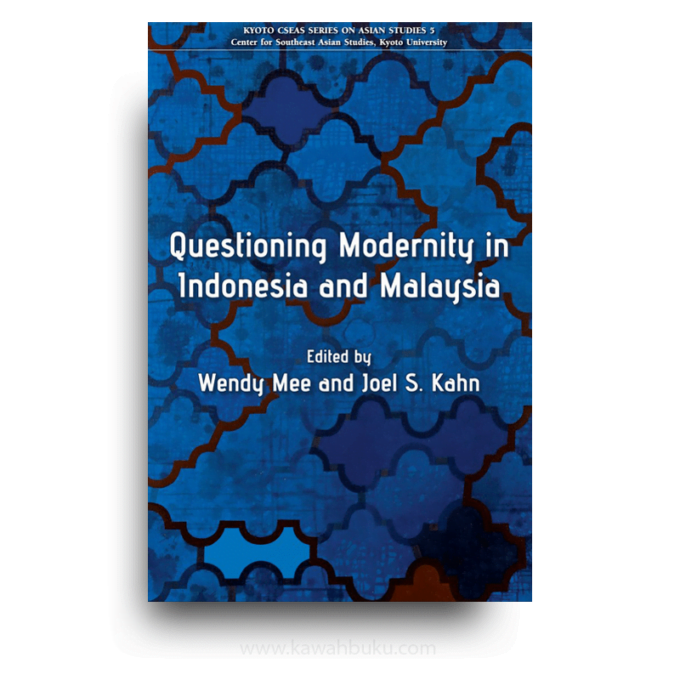 Questioning Modernity in Indonesia and Malaysia

Joel S. KAHN is an Honorary Professorial Fellow at the University of Melbourne’s Asia Institute, and Emeritus Professor of Anthropology at La Trobe University. He is the author of Other Malays: Nationalism and Cosmopolitanism in the Modern Malay World and he is currently carrying out research on new Asian spiritualities.

WENDY MEE is a senior lecturer in the School of Social Sciences at La Trobe University, where she teaches in the areas of gender and development, religion and spirituality, and social movements.

Questioning Modernity in Indonesia and Malaysia brings together theoretical debates on the concept of modernity on the one hand, and the study of Indonesian and Malaysian modern social and cultural formations on the other. It represents a contribution to a much broader and ongoing project, namely, the critical engagement with the concept of modernity in the analysis of Asian economic, political and cultural processes. The contributors to this volume are highly sceptical of arguments in favour of Asian exceptionalism, in which a theoretical engagement with the western concept of modernity is rejected outright on the grounds of a radical difference between East and West.

Instead, all argue that contemporary economies, polities, societies and cultural formations in Asia are best described as fully modern. And yet they also argue that Indonesian and Malaysian modernities cannot be viewed as merely derivative of a European/Western modernity.

The volume demonstrates the importance of comparative approaches to the study of modernity on the basis of concrete historical, cultural and social formations. The contributors do this from a particular vantage point in peninsular and insular Southeast Asia, namely, from the perspective of Malaysia and Indonesia. The volume does not pretend to be comprehensive in its thematic and geographic scope. It does, however, cover a large range of important “modern” social processes and cultural orientations in Indonesia and Malaysia, including globalisation, transnationalism, nationalism, identity, the state, secularism, capitalism, techno-rationality and religion.

The contributors deal with themes such as the constitution of modem forms of transnational/cross border identities; constructions of citizenship in particular national spaces; forms of religious revivalism; capitalist and economic relations; gender; youth culture, and popular ideas of the modern. In so doing, they also reposition some of the central theoretical assumptions within modern social theory, thereby showing the important contribution that scholarship on Southeast Asia can make to the theorisation of modernity.

The scope of Questioning Modernity in Indonesia and Malaysia with a focus on Indonesia and Malaysia—is part personal and part sociological. All the contributors have a long-standing interest in the study of Malaysia and Indonesia (with over half having research experience in both). This has confirmed our understanding of the enduring ties of commerce, migration, religion and language that exist between what are today called “Indonesia” and “Malaysia”. These ties of geographical, social and cultural proximity are particularly prominent across Peninsula Malaysia, Sumatra, Java and Borneo, and continue to exist in modified forms despite the classification of the peoples of this region into distinct (sometimes overlapping) ethnic, racial and national categories.

In addition to substantiating our focus on Indonesia and Malaysia, such ties lead several contributors to critically engage with theories of modernity from the perspective of a particular trans-local/ transnational space. From this perspective, several essays demonstrate how the study of frontiers, border zones and migration is important not only to our understanding of modernising processes in Indonesia and Malaysia but to social theories of modernity in general.