Kawah Buku > Economics and Political Science > The Development of Malaysian Capitalism: From British Rule to the Present Day 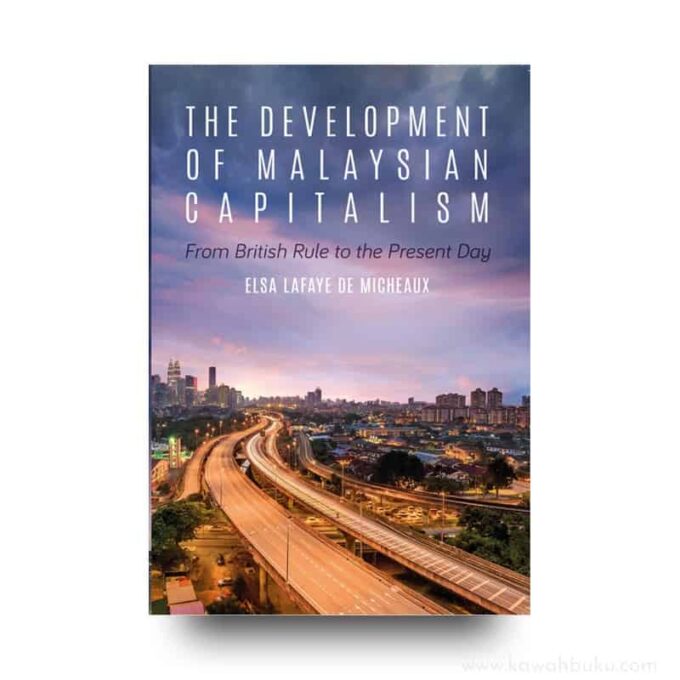 The Development of Malaysian Capitalism: From British Rule to the Present Day

DR ELSA LAFAYE DE MICHEAUX is a Political Economist and Associate Professor at Rennes 2 University (France). As a Research Fellow of the Research Institute of Contemporary Southeast Asia (IRASEC CNRS) in Bangkok, she also held an Associate Researcher position at the Faculty of Economics and Administration, University of Malaya, Kuala Lumpur (Malaysia) from 2014 to 2016.

The Development of Malaysian Capitalism: From British Rule to the Present Day

As Malaysia grappled with bitter ethnic and political tensions at the end of the 1960s, the government initiated growth-oriented economic reforms to promote cohesion in the young, multi-ethnic nation. The large scale and lasting effects of these policies forged the countries’ exceptional economic development: by 2020, Malaysia will likely enter the club of ‘high-income’ countries.

This volume comprehensively surveys Malaysia’s political economy, mapping the intersecting forces that inform it: economic growth, broader Asian development, the weight of colonial institutions, the influence of Islamic finance, and the sometimes ambiguous role of the state. It offers a discerning overview of Malaysian capitalism through readings of its history since 1874 – from the colonial economy through modernisation and accelerated development, up to its recent passage in global crises. The author details the causes and conditions of Malaysia’s economic success; the result is a compelling portrait of a young capitalist nation sitting at both the geographic centre of Southeast Asia and at the crossroads of sovereign development.

The Development of Malaysian Capitalism: From British Rule to the Present Day was conceived, constructed and written in French, my mother tongue, before being translated into English.

In Italian, the verb to translate (tradurre) and to betray (tradire) share a common etymological root, underlining the difficulties inherent in the work of translation.

Indeed, translation is not a simple transfer of words from one language to another. It contains the necessary dimension of interpretation to ensure that the text remains fully intelligible in its nuances, for speakers using another system of signifiers. Such an exercise therefore involves the significant risk of moving away from the intended meaning of the original text or of proposing explanations which lose their meaning, or some part of their precise consistency, by being transposed. Notwithstanding the stylistic question of how the personal tone of the author might be erased in the process.

Thus, despite all the precautions taken and several read-throughs of the manuscript, it is possible that errors or misunderstandings resulting from the translation work remain in the text. I do thank the kind reader for their understanding in this matter.