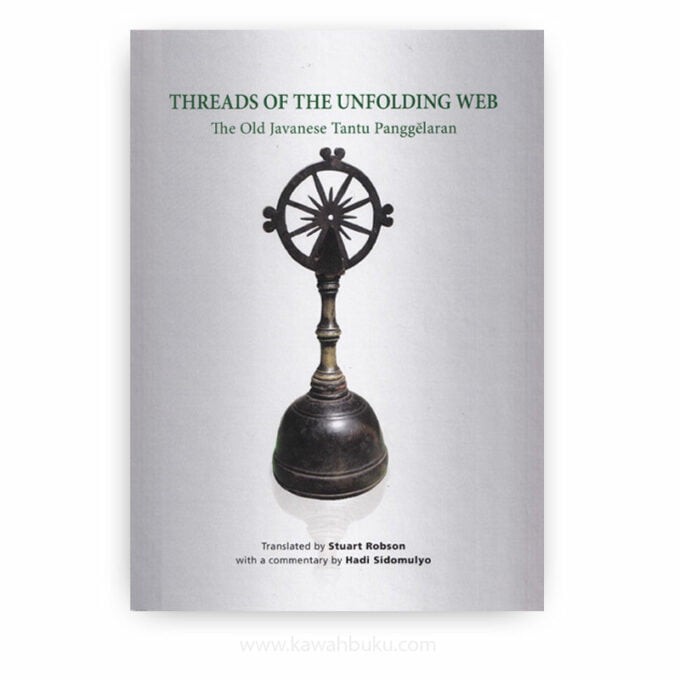 Threads of the Unfolding Web: The Old Javanese Tantu Panggĕlaran

Translated by STUART ROBSON with a commentary by HADI SIDOMULYO

Threads of the Unfolding Web: The Old Javanese Tantu Panggĕlaran is essential reading for scholars, students and the general reader interested in Javanese history of the fifteenth and sixteenth centuries. Little is known about the history of Java in this period, which witnessed the beginnings of major global economic, political, cultural and religious change. It was a time when Java saw the decline of the once-powerful eastern Javanese kingdom of Majapahit, the rise of Muslim kingdoms on Java’s northern coast and the arrival of the first Europeans in the person of the Portuguese Tomé Pires in Java’s cosmopolitan ports.

Th. Pigeaud’s 1924 edition of the Tantu Panggĕlaran has of course long been available to scholars, but access has been limited to those conversant with Old Javanese and Dutch. The new English language version presented here brings this important literary work within the reach of a wider audience, and at the same time offers some improvements on the translation published almost a century ago. As to the commentary, emphasis has been placed on the topographical data preserved in the text, an aspect hardly touched upon in the 1924 edition. It can thus serve as a useful supplement to Pigeaud’s own extensive notes, which remain a valuable source for the specialist.

Although directed primarily to the scientific community, this book has from the outset been conceived as a popular edition, designed to draw the interest of the general reader. As such, it provides no more than the groundwork for ongoing research. One important area of study which has not received the attention it deserves is the Śaiwa tradition in ancient Java. Since this constitutes the central theme of the Tantu Panggĕlaran, it is clearly in need of a deeper investigation. The complexity of the subject, however, requires a separate study by a qualified expert.

Stuart Robson’s expert English translation of the Tantu Panggelaran gives the readers ready access to this important work, which provides insight into how the author and his contemporary Javanese readers imagined the realities of the world in which they lived. We learn how they conceived the creation of this world and understood the relationship between the gods and men. Importantly, we learn also how they conceived the history of the foundation and spread of Bhairava Śivaite hermitages, shrines and temples.

The work traces the history of this network from its origins in the vicinity of the Dieng plateau and the northern plains of Batang and Pekalongan to its subsequent expansion to the Tengger and Hyang Massifs of eastern Java. Hadi Sidomulyo’s impressive commentary, an amalgam of textual analysis and the survey of archaeological sites, is a model for the way in which further research of this sort might be conducted and underlines the urgent need for further archaeological surveys and the future excavation of archaeological sites.

Introduction
A note on the divisions of the text
Translation

Part two – commentary on the text by Hadi Sidomulyo

Appendix 1
Notes on names and titles occurring in the text

Appendix 2
Archaeological record for the Tengger Highlands and Hyang Plateau