Kawah Buku > Literature > Dictionary > A Dictionary of the Malay Tongue: In Two Parts, to Which Is Prefixed a Grammar of that Language
Out of stock 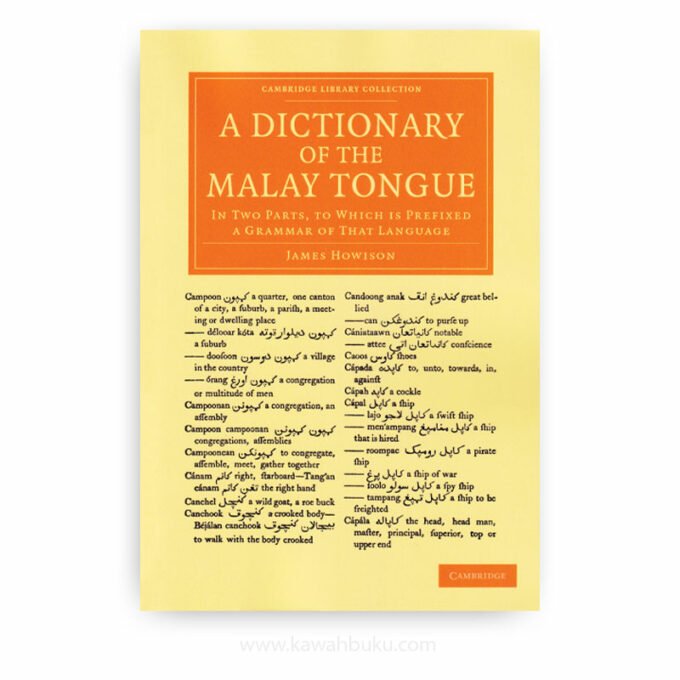 A Dictionary of the Malay Tongue: In Two Parts, to Which Is Prefixed a Grammar of that Language

Published in 1801, A Dictionary of the Malay Tongue: In Two Parts, to Which Is Prefixed a Grammar of that Language is largely based on the first Malay–English dictionary, published 100 years earlier by Thomas Bowrey. A member of the Asiatic Society, although not recognised as a Malay scholar, James Howison seems to have lent his name to this version, produced in order to fill the gap caused by the scarcity of copies of the earlier dictionary. Since the British East India Company established a presence in the Malay Peninsula in 1786, the need for a compendium of working Malay had greatly increased.

This reissue brings together the two parts of the dictionary in one volume for bidirectional coverage, and it includes the transliteration, though flawed, of the Arabic script of Jawi. Although superseded by William Marsden’s 1812 dictionary and grammar (also reissued in this series), this nevertheless remains an interesting historical document, offering insight into the early colonial study of a language.

A grammar of the Malay tongue

A vocabulary of the Malay tongue, Part I: English and Malay

A vocabulary of the Malay tongue, Part II: Malay and English