Kawah Buku > Economics and Political Science > A History of Economic Thought: The LSE Lectures (eBook)
Out of stock 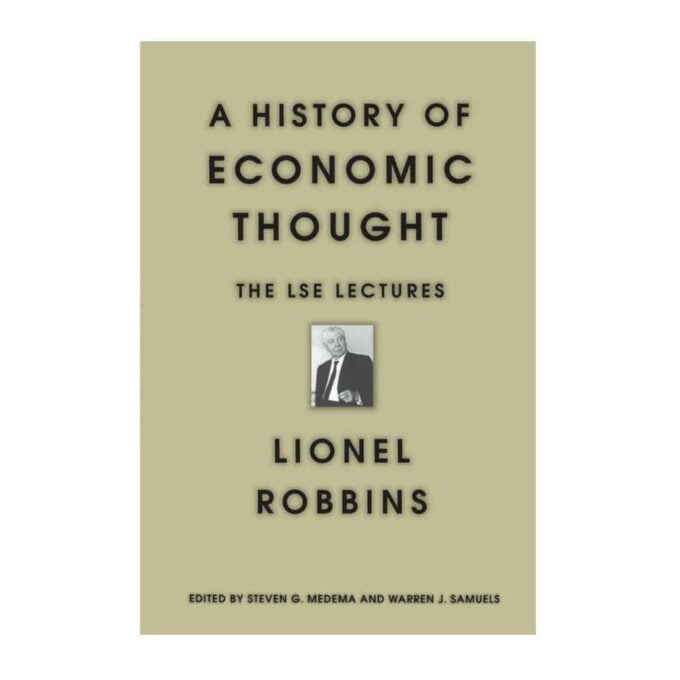 A History of Economic Thought: The LSE Lectures (eBook)

Lionel Robbins taught at the London School of Economics from 1929 to 1961, directed the economic section of the British War Cabinet during World War II, and served as Chairman of the Financial Times from 1961 until 1970. His best known work is An Essay on the Nature and Significance of Economic Science. He became a life peer in 1959 and a Companion of Honour in 1968.

Steven G. Medema is Professor of Economics at the University of Colorado at Denver. He is the editor of the Journal of the History of Economic Thought, author of Ronald H. Coase, and the coauthor, with Nicholas Mercuro, of Economics and the Law (Princeton).

Warren J. Samuels is Professor of Economics at Michigan State University. He is the author of The Classical Theory of Economic Policy and The Economy as a Process of Valuation and coedits Research in the History of Economic Thought and Methodology with Jeff E. Biddle.

Lionel Robbins’s now famous lectures on the history of economic thought comprise one of the greatest accounts since World War II of the evolution of economic ideas. This volume represents the first time those lectures have been published, with a title A History of Economic Thought: The LSE Lectures.

Lord Robbins (1898-1984) was a remarkably accomplished thinker, writer, and public figure. He made important contributions to economic theory, methodology, and policy analysis, directed the economic section of Winston Churchill’s War Cabinet, and served as chairman of the Financial Times. As a historian of economic ideas, he ranks with Joseph Schumpeter and Jacob Viner as one of the foremost scholars of the century. These lectures, delivered at the London School of Economics between 1979 and 1981 and tape-recorded by Robbins’s grandson, display his mastery of the intellectual history of economics, his infectious enthusiasm for the subject, and his eloquence and incisive wit. They cover a broad chronological range, beginning with Plato, Aristotle, and Aquinas, focusing extensively on Adam Smith, Thomas Malthus and the classicals, and finishing with a discussion of moderns and marginalists from Marx to Alfred Marshall.

Authoritative yet accessible, combining the immediacy of the spoken word with Robbins’s exceptional talent for clear, well-organized exposition, this volume will be welcomed by anyone interested in the intellectual origins of the modern world.