Kawah Buku > Economics and Political Science > Abuse of Power: Selected Works on the Law and Constitution 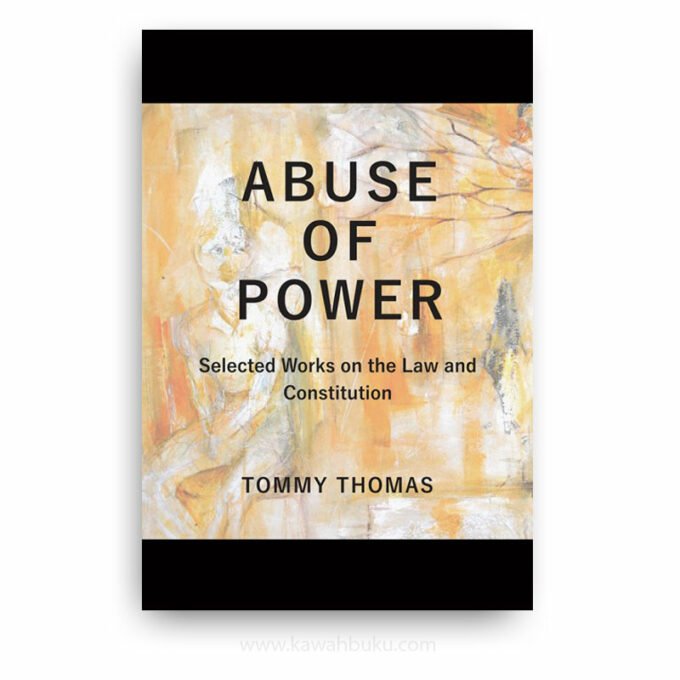 Abuse of Power: Selected Works on the Law and Constitution

Abuse of Power: Selected Works on the Law and Constitution is a wide-ranging collection of essays by Tommy Thomas that challenging questions about the use and abuse of power. Among the themes running through the essays, three stand out—constitutionalism, human rights, and the independence of the judiciary. The essays are nested in the historical and cultural context of Malaysia, but their import spreads much more widely. For example, the author examines the notion that there is an East/West dichotomy in human rights and that human rights are primarily relevant to western countries; he demonstrates that this is not so, and castigates the notion as a false dichotomy.

The author traces the role and the fate of human rights in the 1960s and 1970s, charting the struggle against the wider use of emergency powers and the erosion of human rights protections in favour of greater executive control. The record of the judiciary in those decades and subsequently is closely examined—lapses from judicial ethics are criticized, whereas assertions of the independence of the judiciary from the executive are applauded.

Thought-provoking and sometimes controversial these essays are, but none of this is to suggest that this is a negative work, for the author is careful to propose principled solutions based on scholarly distillation of writings from countries such as the United States, India, and the United Kingdom. If a legal system is to protect human rights and to command the confidence of the legal profession and the public, the important pointers in this stimulating book must be heeded.

Part I: INSAF EDITORIALS
1. The Mahathir Administration and the Malaysian Bar
2. The Supremacy of the Constitution
3 (a). The Privy Council – A Debt of Gratitude
3 (b). The Establishment of the Supreme Court
4. Sabah – A Triumph for Parliamentary Democracy
5. Law, Politics and Business – A Conflict of Interest?
6 (i). The Official Secrets (Amendment) Bill 1986 – Why are They Taking Away Our Rights?
6 (ii). In Defence of the Judiciary
7. The Asian Wall Street Journal Ban – A Triumph of Persuasion of Power over Power of Persuasion!
8. Possible Restoration of Malaysia’s Mismanaged Economy – The Appointment of a Commission of Enquiry
9. The North-South Highway ‘Rip-Off’
10. The Case for a Review of the Federal Constitution

Part IV: JUDICIARY
20. Canons of Judicial Ethics
21. Judiciary 1995
22. Judicial Credibility
23. Lambs under the Throne: The Myth of Judges as Protectors of Liberty

Part V: RELIGIOUS FREEDOM
24. Freedom of Religion and Registration of Religious Groups
25. Allah Decision: A Blot on Our Legal Landscape
26. Gross Government Failure over Religious Issues
27. Hudud will be Revolutionary and Unconstitutional

Part VII: MISCELLANY
31. Lord Denning: An Assessment
32. The Attorney General – The Most Powerful Person in Malaysia
33. The Legality of War against Iraq Without a United Nations Sanction
34. Political Reality and the Malaysian Bar
35. The Peaceful Assembly Bill 2011: Unconstitutional and Anti-democratic
36. Is the Security Offences Bill Constitutional?
37. Malaysia’s Reputation Tarnished in Australia’s Highest Court
38. Foreign Lawyers and Arbitrators: Imperialism in the Law?
39. Malaysian Courts and the Environment
40. No More Excuses for MAS to Fail