Kawah Buku > Religion and Society > Christian and Muslim Ethics: A Study of How to Attain Happiness as Reflected in the Works on Tahdhib Al-Akhlaq by Yahya Ibnu Adi (d. 974) and Miskawayh (d. 10.30)
Out of stock 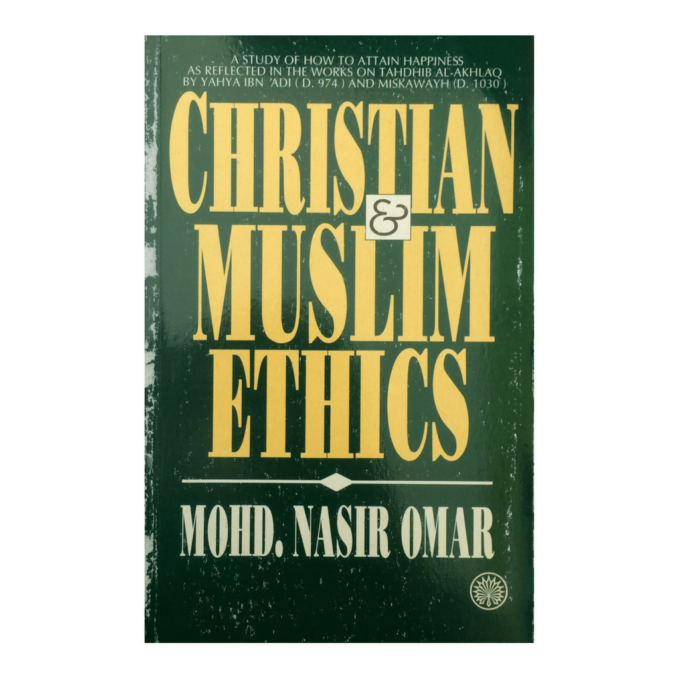 Christian and Muslim Ethics: A Study of How to Attain Happiness as Reflected in the Works on Tahdhib Al-Akhlaq by Yahya Ibnu Adi (d. 974) and Miskawayh (d. 10.30)

Christian and Muslim Ethics: A Study of How to Attain Happiness as Reflected in The Works on Tahdhib al-Akhlaq by Yahya Ibnu Adi (d. 974) and Miskawayh (d. 10.30) by Mohd Nasir Omar is a thesis to explore the conceptions of the supreme goal of ethics, which is happiness.

Philosophical ethics in Islam starts with the introduction of the Muslim philosophers to Greek philosophy roughly after the first half of the 9th century A.D. However, early Muslim discussions on ethics such as those of al-Kindi , al-Razi and al-Farabi, did not attain to the status of a discipline, though serving as a part of their wider studies in politics and law. Miskawayh, through his famous ethical work, Tahdhib al-Akhlaq, was the first Muslim philosopher to have separated ethics from other disciplines, offering a very thorough analytical system of Islamic ethics.

Miskawayh’s work was, however, antedated by another work of similar kind, bearing the same title as his own, Tahdhib al-Akhlaq, which was attributed to his senior Christian friend, Yahya Ibnu Adi. This thesis, thus, seeks to make a comparative study of these two influential works on ethics, with the purpose of elucidating the degree to which they are connected with those of the Greeks, and with other Arabic works on the subject.

In the light of the above aims, we will set out our research project into three main parts. The first will survey briefly the development of ethical thought in classical Islam and the place of the works on Tahdhib al-Akhlaq in that context. The second will introduce Yahya and Miskawayh in the context of their history, education and writings, as well as their relation to each other and to Greek philosophy in general. The third will analyse our authors’ conceptions of the supreme goal of ethics, which is happiness, and the way towards this end, which is the refinement of character by means of self-control and association with other people through love and friendship.