Kawah Buku > Education > The Concept of Education in Islām: A Framework for an Islamic Philosophy of Education
Out of stock 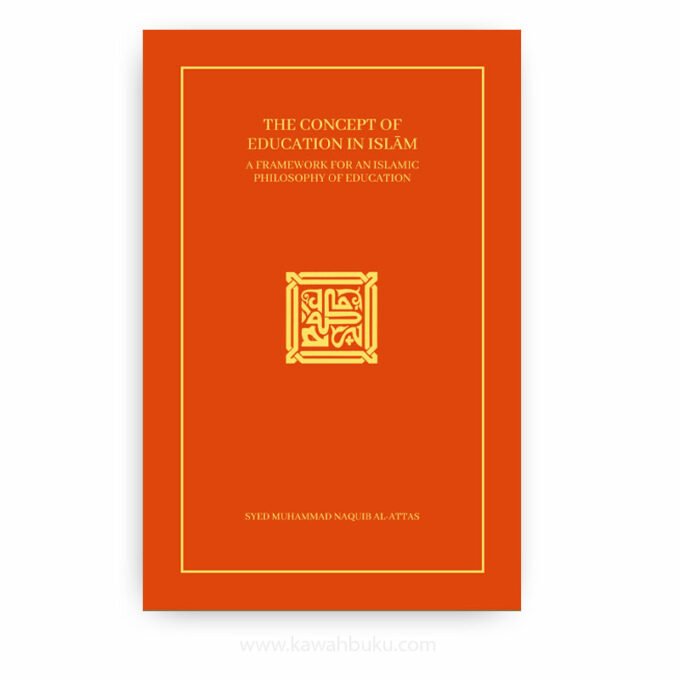 The Concept of Education in Islām: A Framework for an Islamic Philosophy of Education is the keynote address delivered by al-Attas at the First World Conference on Muslim Education held in Makkatul Mucarramah in March 1977. It is basically a book of definitions relating to the essential elements in the concept of education and the educational process as envisaged in Islam. The aim of this book is only to provide the necessary framework within which the Islamic philosophy of education can be formulated and conceptualized.

The meaning of education and of what it involves is of utmost importance in the formulation of a system of education and its implementation. Supposing we were asked: What is education?, and we answer: Education is a process of instilling something into human beings. In this answer ‘a process of instilling’ refers to the method and the system by which what is called ‘education’ is gradually imparted; ‘something’ refers to the content of what is instilled; and ‘human beings’ refers to the recipient of both the process and the content. Now the answer given above already encompasses the three fundamental elements that constitute education: the process, the content, the recipient; but it is not yet a definition because those elements are deliberately left vague. Furthermore, the way of formulating the sentence meant to be developed into a definition as given above gives the impression that what is emphasized is the process.

The second important element inherent in education is its content, which is here indicated as ‘something’. This is done deliberately because even though we all know that it must refer to knowledge, we have still to determine what we mean by it. The teaching and learning of skills alone, however scientific, and no matter if what is taught and learned is encompassed in the general concept ‘knowledge’, docs not necessarily constitute education. The teaching and learning of the human, natural and applied sciences alone does not constitute education in the sense we are clarifying. There is a ‘something’ in knowledge which if it is not inculcated will not make its teaching and learning and assimilation an education. In fact the ‘some thing’ that we allude to here is itself knowledge; indeed, it is knowledge of the purpose of seeking it. At this point we are compelled to ask: What, then, is knowledge? or: What does knowledge consist of?