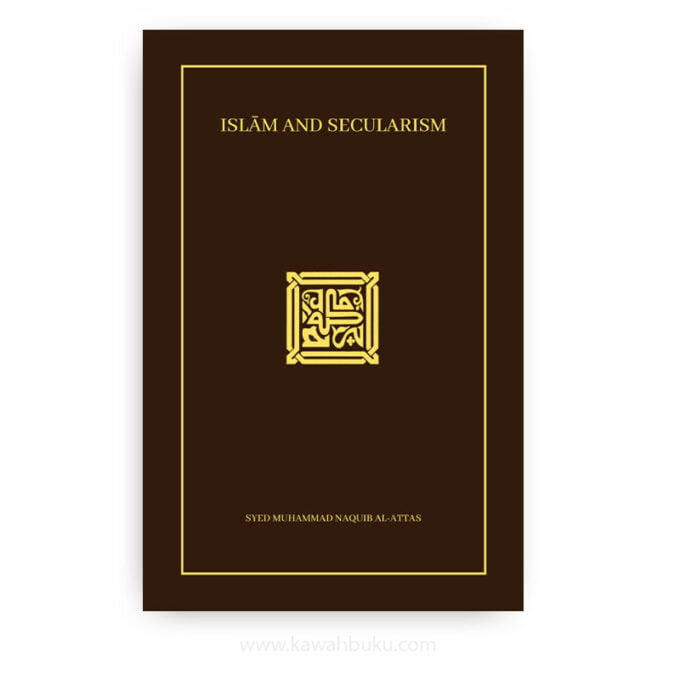 Written 40 years ago, Islam and Secularism is one of the most creative and original works of a Muslim thinker in the contemporary Muslim world. The author deals with fundamental problems faced by contemporary Muslims and provides real solutions, beginning with a discussion on ‘The Contemporary Western Christian Background’ in Chapter (I), followed by his analysis of the concepts (which he newly defines) of ‘secular’, ‘secularization’, and ‘secularism’ in Chapter (II). All this is then contrasted in Chapter (IV) of the book entitled ‘Islam: The Concept of Religion and the Foundation of Ethics and Morality’.

Based on all the preceding explanation, the author proceeds to analyze the Muslim ‘dilemma’ by declaring that it should be resolved primarily through what he calls the “dewesternization of knowledge” or, conversely, the “islamization of contemporary knowledge”, an original concept conceived and elucidated by the author for the past five decades. Numerous original and profound ideas are contained in this book—arrived at chiefly through critical study of the Muslim tradition—such as the concepts of dīn, ‘adl, ḥikmah, adab, ma‘nā, and ta’dīb, and their significance in the development of an Islamic system of education.

The rationale for the Islamization of contemporary knowledge and the establishment of a truly Islamic university was in fact provided for the first time in contemporary Muslim thought by this author long before the appearance of the present book, which explains these interconnected subjects more concisely. Further, the appendix entitled, ‘On Islamization: The Case of the Malay-Indonesian Archipelago’ is an actual explanation and application of the seminal ideas discussed in the book. This is a must-read for all Muslims and those concerned with the problems and effects of secularization in our world today.

Islam and Secularism is a development of ideas contained in the many paragraphs of another book in Malay entitled: Risalah Untuk Kaum Muslimin, which the author wrote and completed during the first few months of 1974. Due to many circumstances which demanded the author’s attention at home and ahmad, however, the Risalah has not yet been sent to the press.

In this book, what is contained in Chapter III was composed and completed during the month of Ramaḍān of 1395 (1975), and delivered as a Lecture under the same title to the International Islamic Conference held in April 1976 at the Royal Commonwealth Society, London, in conjunction with the World of Islam Festival celebrated there that year. It was published as a monograph in the same year by the Muslim Youth Movement of Malaysia (ABIM), Kuala Lumpur, and in 1978 it appeared, together with other Lectures delivered on the same occasion by various Muslim scholars, in a book of one volume entitled: The Challenge of Islam, edited by Altaf Gauhar and published by the Islamic Council of Europe, London.

All the other Chapters of the book were begun in March 1977 and completed in April of the same year, during my appointment as Visiting Scholar and Professor of Islamics at the Department of Religion, Temple University, Philadelphia, U.S.A., in the Winter and Spring of 1976-1977. What is contained in Chapter V was presented as a Paper entitled: “Preliminary Thoughts on the Nature of Knowledge and the Definition and Aims of Education”, addressed to the First World Conference on Muslim Education held at Mecca in April 1977. It will appear, together with other selected Papers of the Conference, in a book entitled: Aims and Objectives of Islamic Education, edited with an introduction by the author and published by King Abdulaziz University and Hodder & Stoughton, London, 1979, as one of a series of seven books.

I. The Contemporary Western Christian Background

III. Islam: The Concept of Religion and the Foundation of Ethics and Morality

Appendix: On Islamization: The Case of the Malay-Indonesian Archipelago