Kawah Buku > History > Malaysia > Lead and Grow: 115 Years of the Chinese Chamber of Commerce and Industry of Kuala Lumpur and Selangor 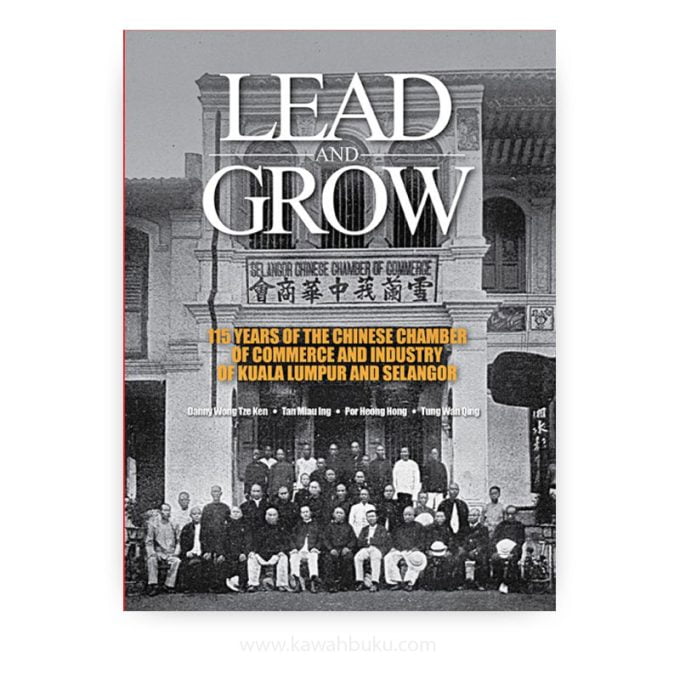 Lead and Grow: 115 Years of the Chinese Chamber of Commerce and Industry of Kuala Lumpur and Selangor

The Chinese Chamber of Commerce and Industry of Kuala Lumpur and Selangor (KLSCCCI) traces its history back to 1904. The idea of having a Chamber of Commerce came at a time when traditional leadership institutions like Kapitan China were losing their importance and could no longer play an effective role in championing the interests of the Chinese community in Kuala Lumpur and Selangor. Since its establishment, the Chamber has played the primary role of representing commerce and trade interests. It has also provided leadership to the Chinese community at large, dispelling the notion that Chinese leaders were mainly business leaders. This combination of both business and community leaders has become the main characteristic of the Chamber—providing leadership and guidance to Chinese businesses as well as the Chinese community, at local and national levels.

The Chamber’s main concern throughout its existence has been the positive development of the country’s economy; that it should be sustainable and continue to bring benefit to the people. It has helped the Chinese merchants of Kuala Lumpur and Selangor to negotiate with the state and external bodies. It has also helped the business community in pooling resources to weather the many challenges of major economic crises and changes.

Over the past 115 years the Chamber has also been responsible for guiding and leading Chinese businesses and the Chinese community through some of the major turning points in the history of the community and the nation. It was initially linked to the Imperial Qing Government through its dealings with the Ministry of Commerce (Shangbu), but later lent its support to the 1911 revolution led by Dr Sun Yat-sen which brought down the Qing Government in 1912. It supported the modernisation of Chinese education by asking schools under its charge to change, following the May Fourth Movement, to adopt the new curriculum.

When the Japanese began to encroach into Chinese territories in the 1930s, the Chamber led the community in raising funds for China’s war effort as well as that of Britain in Europe. When the Pacific War broke out, the Chamber’s leaders paid dearly for having supported efforts that were against the Japanese military aggression. In the immediate post-war years, the Chamber led the reconstruction process. It also provided leadership in the political process of the post-war years including during the Malayan Union and the Federation of Malaya episodes. During the Emergency (1948-1960), the Chamber was instrumental in providing relief to the community, especially through the New Villages. It also worked hand-in-hand with the government to overcome the Communist-led insurrection. The Chamber also took part in the negotiations for Malaya’s independence. In the post-independence years, the institution became a major contributor to the nation-building process, and continues to play this role.

Chapter 6 THE ROAD AHEAD