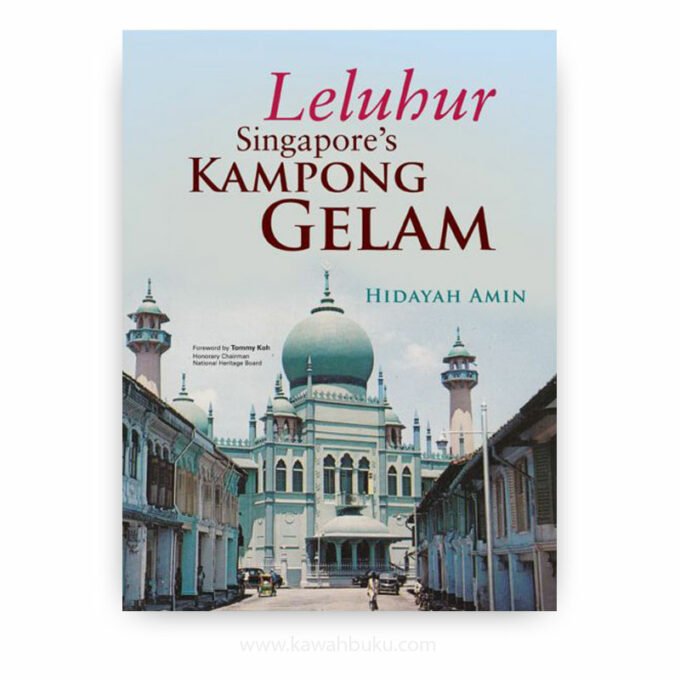 HIDAYAH AMIN (also known as Cik Idah) is a daughter of Kampong Gelam, Singapore. Educated in Singapore, France, the USA and England, Hidayah received her master’s degrees from the University of Cambridge and Lehigh University where she was a Fulbright Scholar.

Leluhur: Singapore’s Kampong Gelam is a story about a cosmopolitan village named after the gelam (kayu putih or Melaleuca cajuputi) tree which once grew in abundance in the area—that birthed some two centuries ago. Kampong Gelam (old name: Campong Glam; also known as Kampong Glam) is an area in Singapore that once formed the Muslim quarter. It was a thriving Malay cosmopolitan village, with great diversity in language, food, culture, trade, lifestyle and sociability, unrivalled by any other settlement in the Malay Archipelago. It began with the signing of a treaty between Sultan Hussein Mohamed Shah, Temenggong Abdul Rahman and Sir Stamford Raffles of the East India Company, whereby Sir Stamford Raffles was given permission to set up a trading post in Singapore.

Not only was it a centre of trade and commerce, but it was also the home of the publishing world of the Archipelago, as well as a religious, intellectual and social hub for the Malays. Most of the writing of Singapore’s history has been based on a nation-building model. After Singapore separated from Malaysia in 1965, the Singapore government placed its focus on building an identity premised largely on the “ideology of survivalist”, which in itself emphasised the lack of national identity. There was thus an urgent need to forge one.

Hence, the history of Malay cosmopolitanism was ‘forgotten’ in the light of a narrative involving the three main ethnic groups (Chinese, Malay and Indian) collectively working to achieve prosperity for Singapore as a whole. Such narratives somehow fail to highlight the contribution of the Malays and their history. The Malays have also been depicted as a community that is lagging behind other groups economically, plagued with problems of lower education levels and occupational status, as well as drug addiction, dysfunctional families and other social problems. Unlike in the case of the Chinese, positive stories of the economic dynamism of the Malays are inadvertently neglected both in public history and in scholarship.

In Joel Kahn’s Other Malays, whilst he refuted the claim of the laziness and economic backwardness of the Malays of Jalan Eunos (an area in eastern Singapore), he made no mention, however, of Kampong Gelam as another village that had a thriving mercantile community. Today, Kampong Gelam on the one hand is often depicted in tourism brochures and advertorial blitz as a “pedestrian mall with its strong Arabic influences… a mix of old and new shops selling scarves”. On the other, the public historical account of the ‘Malay Royalty of Old’ does not venture deep enough beyond the descriptions of Kampong Gelany’s palatable pleasures and exotic ornaments. This book is, therefore, the author’s humble attempt to reframe her perspectives of Kampong Gelam.