Kawah Buku > History > Malaysia > Living on the Periphery: Development and Islamization among the Orang Asli in Malaysia
Out of stock 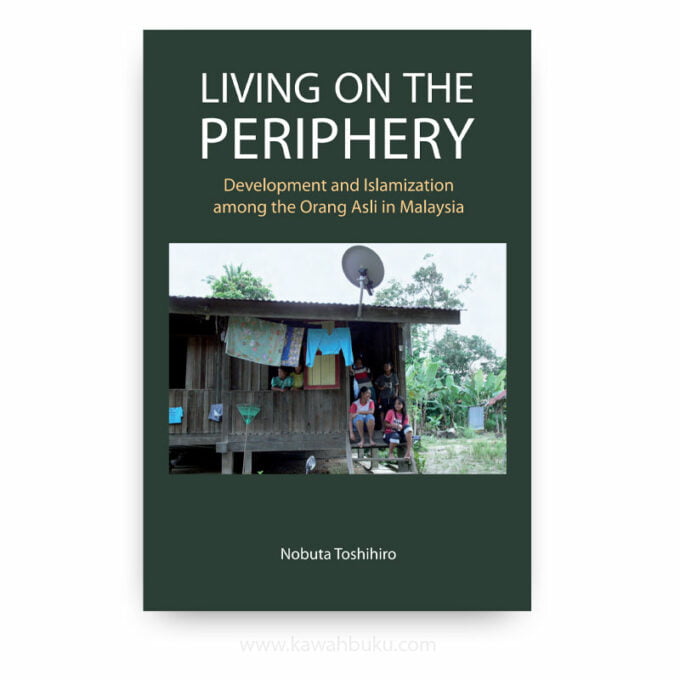 Living on the Periphery: Development and Islamization among the Orang Asli in Malaysia

NOBUTA TOSHIHIRO is an Associate Professor at the Center for Research Development, National Museum of Ethnology, Osaka, Japan.

Living on the Periphery: Development and Islamization among the Orang Asli in Malaysia examines the impact of state-led development projects and Islamization on Orang Asli society, and the Orang Asli’s reactions to these forces. The Orang Asli are believed to be descendants of the first settlers on the Malay Peninsula. They are believed to have settled there earlier than the Malays, who are the core of the Bumiputra (meaning original settlers, literally “sons of the earth”). The Malays claim political supremacy over the Chinese and Indians in Malaysia because of their earlier arrival in the country. Yet such claims conflict with the position they have taken with regard to the earlier settlers, the Orang Asli. The question of where to position the Orang Asli in respect to national unity is of prime importance for the Malaysian government’s Orang Asli policy. The government considers the most appropriate path to take is to classify them as Bumiputra in preparation for their eventual assimilation with the Malays.

In the insular Southeast Asian countries, development policies targeting the marginal areas have been extensive. The objective has been to integrate the marginal regions into the respective nation-states. The policies have brought about drastic social changes to marginal areas, increasingly integrating them socioeconomically and politically into the system of the nation-state. In this book the author describes various incidents that have taken place in response to the development projects in Malaysian villages, noting, in particular, that these alter not only economic conditions but also people’s consciousness and even identity. Kampung Durian Tawar (pseudonym), the village where the author carried out the research, has become stratified along socioeconomic lines as a result of the development projects. The author stresses this because, in Kampung Durian Tawar, the social order established in response to the introduction of the state-led development projects in the 1970s has in turn been reorganized due to the impact of Islamization since the late 1990s.

The response of the Orang Asli to Islamization under these circumstances is either to accept conversion to a world religion, or to refuse it. Of course, there are a myriad of options between these two. First, the Orang Asli may convert to Islam. While some genuinely convert, others do so only nominally. Second, going against the tide of Islamization, conversion to Christianity or another world religion is possible, and they do not need to convert to Islam. Here, too, the conversion can be genuine or just for the sake of convenience. Third, some convert to Islam for personal reasons, such as marrying a Muslim (“Marrying a Muslim but remaining non-Muslim” is not an option according to the national law of Malaysia, nor to Islamic law). Refusing Islamic conversion, and therefore resisting Islamization, may seem difficult to understand for the proponents of Islamization. To resist Islam, the state religion, is seen as an act of defiance against the nation-state, and is politically very dangerous. The alternative—converting to Islam—opens the door to receiving government assistance and becoming part of the dominant ethnic group of the Malays. In these circumstances, it appears unwise not to convert to Islam and unreasonable to resist Islamization

Part 1: AN OUTLINE OF THE ORANG ASLI

1. Forest, Development and Islamization
Who are the Orang Asli?
Temuan: A Group under Study
Orang Asli Identity as Forest People
Different Worlds
Image
A “not Muslim” Identity

10. Conversion and Resistance
Problems of Islamization
Refusal to Convert
Converts among the Elites
Converts in Villages
Village Situation
A Divorce Case
Biru’s Conversion
The Changed Adat
Appropriation of the Adat
Relationship with the State Laws
Kinship and Power Relations
Incidents Relating to Divorce
Divorce Consultation
A Beating Incident
Inauguration Ceremony
A Muslim Divorce
JHEOA Summons
Cohabitation of the Divorced Couple
Aspects of Islamization
Center and Periphery
Conversion and Resistance
Tactic of Resistance