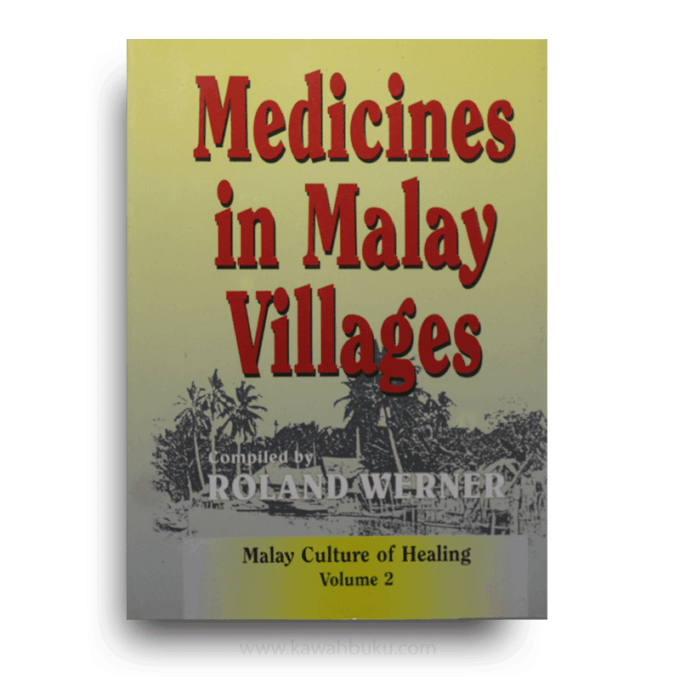 If you purchase this book you will earn 26-40 reward points!

Medicines in Malay Villages is to be considered a “supplement” to Volume 1 in the Culture of Healing in Malaysia Series: Malay-Culture of Healing Sub-Series, that is Royal Healer: The Legacy of Nik Abdul Rahman bin Hj. Nik Dir of Kelantan because both volumes deal with the same botanical and therapeutic topics but from a different perspective.

Many decades ago, during the colonial period, studies were undertaken to analyse a grant number of then known herbs and plants and to assess their value in curing and healing in Malay villages. Since that time, scientific progress and changes in the Malay language have made it essential to bring these early studies up to date by providing the latest botanical and linguistic data on the medicinal plants of the country.

These two volumes, known as The Medical Book of Malayan Medicine by J. D. Gimlette and I. H. Burkill and Malay Village Medicine by I. H. Burkill and Mohammad Haniff, bring together comprehensive documentation on the Traditional, Holistic, Malay Healing System in our time which not only supplies knowledge that will be most useful for further research but, first and foremost, will be for the benefit of the suffering.

In connection with the preparation of the author’s book on Royal Healer: The Legacy of Nik Abdul Rahman bin Hi. Nik Dir of Kelantan, the publisher considers it as most useful to reprint both articles as a special volume of the Culture of Healing in Malaysia Series Malay Culture of Healing Sub-Series (Vol. II) in order to provide a “companion” to Vol. I as both volumes could serve as a comprehensive contribution to the Malay healing system with an approach from the different perspectives.

With regard to the text of Vol. II, a linguistic update has been made in accordance with modern standards of Malay writing and spelling.

In addition, “Comment by a Botanist” have been included in Medicines in Malay Villages. This appeared necessary in view of the fact that the original manuscript of Vol. II, now 68 years old, raised a number of questions related to matters of botany that have since been settled. Nevertheless, there were still a number of botanical issues which have now been evaluated and clarified scientifically.