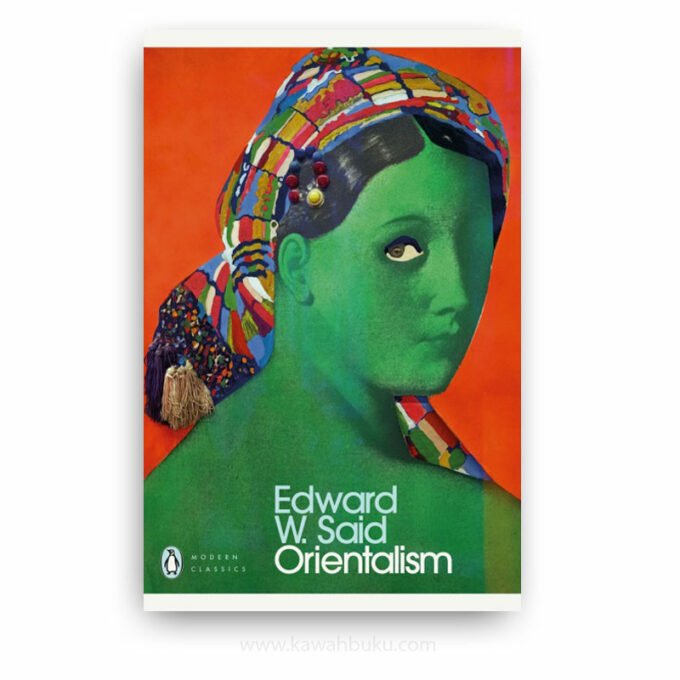 EDWARD SAID (b. 1935 – d. 2003) was a professor of literature at Columbia University, a public intellectual, and a founder of the academic field of postcolonial studies.

Orientalism is a 1978 book by Edward W. Said, in which the author establishes the eponymous term “Orientalism” as a critical concept to describe the West’s common, contemptuous depiction and portrayal of “The East,” i.e. the Orient. Societies and peoples of the Orient are those who inhabit the places of Asia, North Africa, and the Middle East. Said argues that Orientalism, in the sense of the Western scholarship about the Eastern World, is inextricably tied to the imperialist societies who produced it, which makes much Orientalist work inherently political and servile to power.

Edward Said’s analysis of Orientalism was a powerful critique that showed how a concept, elaborated in academic writings and popular discourse, achieved virtually hegemonic status although it was both wrong and supportive of relations of domination and exploitation on an international scale. His conclusion hardly needs demonstration today, when near Eastern policy at high ranks of United States decision-makers is challenged as being undertaken “to gain empirical evidence to test an assumption” that “the Arab-Islamic world is inherently allergic to democracy”. This perhaps is his most important book, a striking model of engaged intellectual work, in which the link between deep scholarly effort and immediate political reality is ever-present.

Since its 1978 publication, Orientalism has been widely read and greatly influential. Its account of the Western approach to the Orient was both pivotal as such and a major impetus for the growth of work on colonial discourse and the whole current development of cultural studies. It was accompanied by a number of pieces in which its author took opposition at once to the ‘self-delighting humanism’ that treats literature as some culturally separable body of writing and to the newly emergent theories of a criticism fallen into ‘the “abysmal” element of textuality’ and complacently celebrating texts as ‘undecidable’. Instead, Said urged attention to the material force and effectivity of texts. Criticism should be contentiously resistant to theory, open to historical reality, engaged in the struggle for a truly political knowledge of knowledge.

Orientalism was then an attempt at such criticism, seeking to trace out the interrelations of society, history, and textuality through its demonstration of the construction of the Orient as a prime case of discursive power. That construction is what ‘Orientalism’ names: the academic study of the Orient; a style of thought grounded on an absolute and systematic distinction between Orient and Occident; and a materially organized discourse (‘a corporate institution for dealing with the Orient … by making statements about it, authorizing views of it, describing it, by teaching it, settling it, ruling over it’,).

These different meanings are presented as interdependent and an overall sense is achieved of a massive controlling appropriation of East by West. The effect of the many quotations from different kinds of Orientalising writings, the repeated analyses of their discursive twists and essentializing turns, the sheer accumulation of material, is to leave the reader with a firm perception of Orientalism, of what it was and continues to be. The book’s success in this, however, goes along with conceptions and formulations that focus on issues of concern, not least for the cultural studies it inspired.