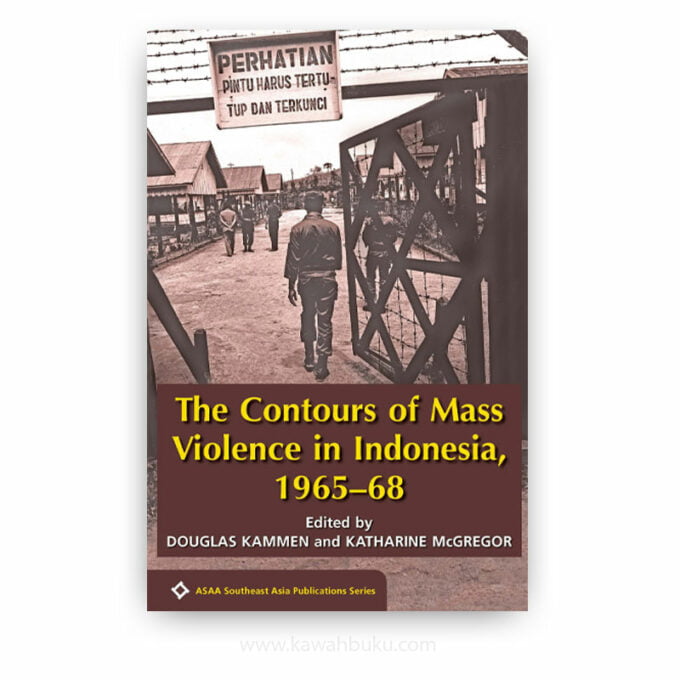 DOUGLAS KAMMEN is an Assistant Professor in the Department of Southeast Asian Studies at the National University of Singapore.

KATHARINE MCGREGOR is a Senior Lecturer in the School of Historical and Philosophical Studies at the University of Melbourne.

The Contours of Mass Violence in Indonesia, 1965-1968 presents case studies from diverse locations throughout the Indonesian archipelago around the impact and interpretations of the September 30th Movement and its aftermath; the roles of military and civilian groups in fomenting and perpetrating violence; short- and long-term detention; and the legacies of the assault on the political Left. Although events unfolded differently in various parts of the country, the violence amounted to a counter-revolution intended to curtail the mass mobilization and popular participation unleashed by the national revolution some twenty years earlier. The goal was to destroy the social bases of President Sukarno’s left-leaning Guided Democracy and to establish a military regime that was authoritarian and pro-Western.

In 1965–66, in the wake of a still poorly understood coup attempt by military officers calling themselves the September 30th Movement, Indonesia saw the killing of an estimated 500,000 people labeled as “communists,” and the imprisonment of hundreds of thousands more, at the hands of the military and civilian organizations. Despite democratization in 1998, there has been limited progress in reforming the official history of the killings, bringing perpetrators to justice, or establishing mechanisms for reconciliation. There have, however, been recent signs of a shift in the public discourse around the killings. These two new volumes document the dynamic field of research around these events and will be useful not only to researchers and teachers of the killings in Indonesia but also to scholars interested in the dynamics of political violence and the role of history in political reconciliation.

Kammen and McGregor’s introduction sets the agenda for the volume and future studies of the killings. They argue that while much of the previous literature focuses either on the circumstances of the initial coup attempt, the attacks on the Indonesian Communist Party (Partai Komunis Indonesia—PKI), or the emergence of the New Order regime, scholars should instead view these events as a multi-phased counterrevolutionary process, in which the three years of violence beginning in October 1965 is considered a single attack on not only the Indonesian Communist Party but also the supporters of Sukarno and his Guided Democracy.

They offer a four-phase periodization of the New Order counterrevolution, around which the book is organized, beginning with the events of September 30 and the subsequent massacre of PKI members and sympathizers by an anticommunist alliance of the army and religious groups, followed by the struggle between anti-communist actors over how the counterrevolution should proceed, Suharto’s consolidation of power through the purging of Sukarno loyalists and sidelining of religious forces, and finally the long-term imprisonment of hundreds of thousands and the destruction of the last vestiges of the PKI organization.

An additional strength is the volume’s attention to internal group dynamics. Broad histories of the period may speak of the Army, Islamic organizations, nationalists, or the PKI, but the volume’s contributors take seriously internal dynamics and use these dynamics to explain outcomes. For instance, in chapter 5 Fealy and McGregor’s exploration of the active role played by the Islamic organization Nahdlatul Ulama (NU) in the killings in East Java shows the importance of group dynamics, including the rise of militant anticommunists in NU, the anti-communist interests shared by NU and the military, and eventual tensions between NU and the military over goals and strategies.

Other chapters consider other group dynamics, such as tensions within the anti-communist alliance regarding the goals of the purges (Tsai and Kammen, chapter 6), the confusion among PKI sympathizers over how to respond to the terror (Hearman, chapter 8), or the divided loyalties to Sukarno within the military (Jenkins and Kammen, chapter 4). This common thematic focus nuances our understandings of the killings and provides a sophisticated analysis of the era’s defining social forces

Chapter 1 Introduction: The Contours of Mass Violence in Indonesia, 1965-68

Chapter 2 The September 30th Movement: The Aporias of the Official Narratives

Chapter 3 International Dimensions of the 1965—68 Violence in Indonesia

Chapter 9 West Bali: Experiences and Legacies of the 1965-66 Violence

Chapter 10 Mass Graves and Memories of the 1965 Indonesian Killings