Kawah Buku > History > Malaysia > The Myth of the Lazy Native: A Study of the Image of the Malays, Filipinos and Javanese from the 16th to the 20th Century and Its Function in the Ideology of Colonial Capitalism 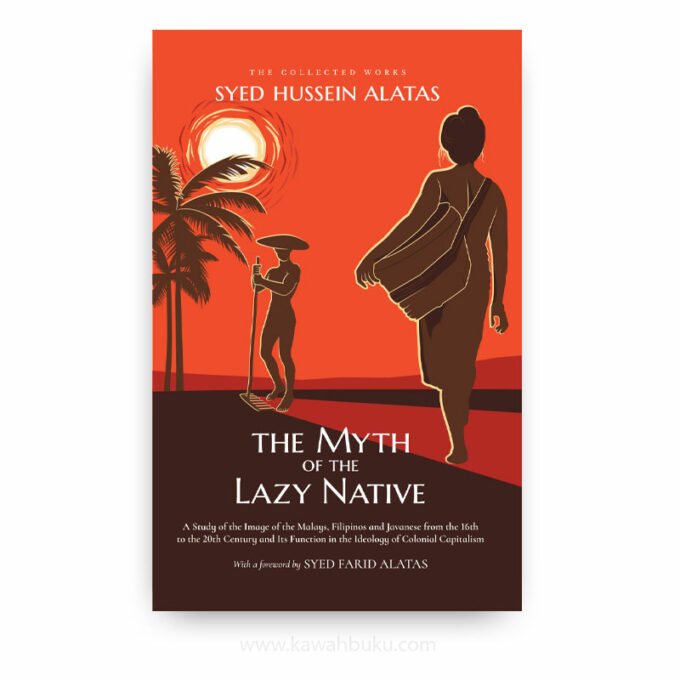 The Myth of the Lazy Native: A Study of the Image of the Malays, Filipinos and Javanese from the 16th to the 20th Century and Its Function in the Ideology of Colonial Capitalism

SYED HUSSEIN ALATAS (1928-2007) founded and served as professor and head of the Department of Malay Studies, the National University of Singapore from 1967, before taking up the position of vice-chancellor of UM from 1988 to 1991.

The Myth of the Lazy Native is a study of the image of the Malays, Filipinos, and Javanese from the 16th to the 20th century and its function in the ideology of colonial capitalism. This book refutes a contention made by the leaders of the United Malays’ National Organization (UMNO), Malaysia’s ruling party, that much of Malaysia’s underdevelopment can be attributed to the indolent habits of its Malay citizens, particularly their aversion to physical labour. Alatas accuses the politicians who authorized this generalization in Revolusi Mental of succumbing to colonial capitalist ideology and thereby becoming cultural traitors. Alatas blames Malaysia’s economic backwardness on the policies pursued by British colonial administrators and investors and, although he attempts to universalize the blame for underdevelopment by examining the Philippine and Javanese colonial experiences, the bulk of the book concerns the peninsular Malays under British rule.

The basic argument of this book is that the “ideology of colonial capitalism evaluated people according to their utility in their production system and the profit level” under Western rule, with the result that the capabilities of the indigenous inhabitants were denigrated through various myths and stereotypes, notably, the myth of the lazy native. Alatas presents many examples of this myth from the writings of colonial administrators, scholars, and travelers from the sixteenth through twentieth centuries. He argues that the frequency of its use increased simultaneously with the “effective period of colonial capitalism” from the eighteenth to the early twentieth century. By “colonial capitalism”, Alatas means the pursuit of profit within institutional forms different from those in Western Europe.

Apparently, the book began as an examination of the myth in British-ruled Malaya and was subsequently broadened to include the cases of Java under the Dutch and the Philippines under the Spanish; the sections on Malaya predominate. Some scholars question the imputed link between colonial capitalism and this myth since the appearance of the latter seems to antedate the former in the Philippines; in addition, the stereotype is often used in all three regions in references to servants, assuredly a non-capitalist category. Perhaps the myth should be seen as a weapon to justify rule over others, whether that domination is largely based on colonial capitalism or not. Alatas does indicate differences in the use of the myth by colonial elites, but he appears to overlook the very real differences in the nature of colonial capitalism in the three colonies and attributes the remarkable similarity in views of the “native” to “a mode of production which did not experience drastic changes in vast areas of activity”. Alatas also makes the startling counter-factual assertion that had “there been no colonialism, by the end of the eighth century there would have been Malay and Javanese trading houses in the West” and argues that Acheh and other Indonesian states would have had a history similar to those of Japan, Russia, and Turkey.

Despite the limitations of this book, it is a major contribution to the comparative study of colonialism worldwide, not only in Southeast Asia. Alatas establishes the similarity and prevalence of the myth, systematically destroys it through an examination of its ideological basis and impressionistic nature, and illustrates its influence in the work of such scholars as Clive Day, J. S. Furnivall, Karl Marx, and some contemporary Malay writers. The book also contains valuable discussions of “national character” studies, the “negative influence of capitalism” (labor exploitation, opium use, medical treatment), the adoption of colonial ideology by indigenous elites, the bankruptcy of the plea of “historical necessity” for colonial actibns, and the “principle of misplaced responsibility,” whereby colonial rule creates a situation for which “native society” is then blamed.