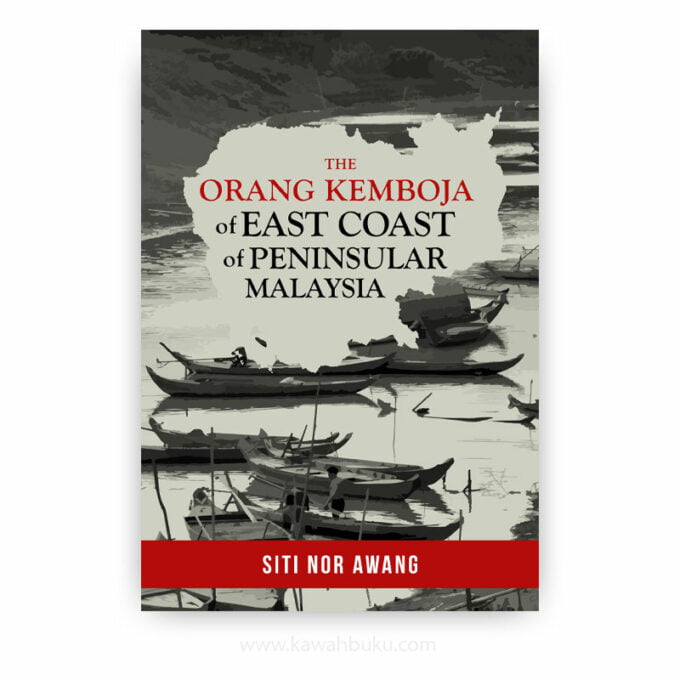 The Orang Kemboja of East Coast of Peninsular Malaysia

SITI NOR AWANG is a senior lecturer at the School of Distance Education, Universiti Sains Malaysia.

The Orang Kemboja of East Coast of Peninsular Malaysia is looking for an understanding of a social phenomenon, which is the migration of Orang Kemboja, especially to Malaysia and to understand Malaysia’s welcoming gesture to the community when Pulau Keladi was offered to be their foreign paradise. Cambodia, previously a part of the Champa kingdom is the homeland of this little-known community. After the Khmer Rouge regime took over Cambodia in April 1975, the migration to Malaysia has sparked a sociopolitical phenomenon that became a subject of interest for many scholars.

This book unfolds a fascinating story of the contemporary nature within the Cham people or currently known as Orang Kemboja amongst the local Malays. The Orang Kemboja, literally means the Muslim minority people from Cambodia. It has been 14 years since this research was conducted in a small settlement in Pekan, Pahang. This research employed an ethnographic research approach combining traditional participant observation and simple survey techniques. Living with the Orang Kemboja for nearly one year gave the author an opportunity to learn about their language, life experiences in their motherland, the agony they have been through, their journey finding a safer place, life in the refugee camp and life with the local Malays.

The aim of this book is to provide a detailed overview of the Orang Kemboja who are now residing in Malaysia for more than 40 years. The process of movement and resettlement from their country of origin to Malaysia has forced this community to confront real challenges and new means to develop a new way of life in this milieu. From traditional Cambodian farming and fishing method, these people utilized similarities in the physical environment of the new place to develop commercial farming and fishing-oriented economic activities in their new settlement.

The process of migration of the Cham people to vicinities countries, especially Malaysia, has become a sociopolitical phenomenon that enthralled many scholars including the one writing this very book. This book could be regarded as a brief overview of the economic and social history of the Cham Muslim migration and above all, to highlight Malaysia’s open-arm welcoming in terms of supportive settlement in Pulau Keladi.

Locally, these people are known as Orang Kemboja or ‘riverside dwellers’, who are also well known in Pahang, particularly in Pekan, as fish farmers. The Patin fish has been synonymous with the Orang Kemboja of Pekan since the 1980s and now they are the biggest supplier of freshwater fish, not only in Pahang, but also in other states of Malaysia. In contrast to their self-sufficient economy in the past, now they are involved in the commercial economy: fish farming, farming, food stalls, coffee shops and construction.

Chapter 4 From Cham to Khmer Muslim to Orang Kemboja