Kawah Buku > Biography and Autobiography > Tunku: An Odyssey of Life Well-Lived and Well-Loved
Out of stock 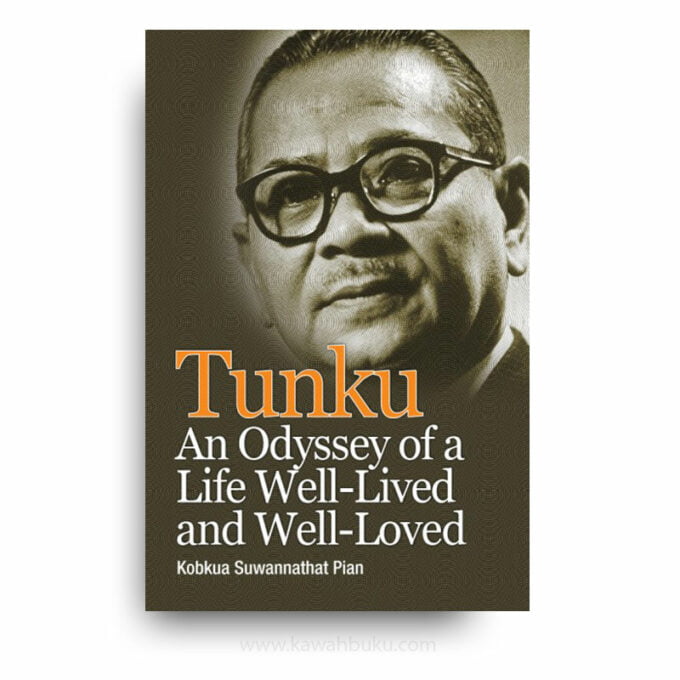 Tunku: An Odyssey of Life Well-Lived and Well-Loved

KOBKUA SUWANNATHAT-PIAN is Professor of History and Senior Fellow at the Faculty of Social Sciences and Humanities, Universiti Pendidikan Sultan Idris (UPSI), Tanjung Malim, Perak, Malaysia. She is an acknowledged authority on Thai-Malaysian relations and contemporary Thai socio-politics.

Tunku: An Odyssey of Life Well-Lived and Well-Loved offers a comprehensive account of Tunku’s life, both personal and political. There is little doubt over the position of Tunku Abdul Rahman in Malaysia’s history. Known as the Father of Independence and also Father of Malaysia, Tunku stands head and shoulders above the other leaders of the country as evidenced by the vast volumes of literature on the man and his achievements. It studies Tunku’s life from his childhood, education, and his eventful adulthood to his political ups and downs, his struggles as a private citizen, and his enormous contributions to the nation, the Malays, and Islam.

Tunku: An Odyssey of Life Well-Lived and Well-Loved convincingly argues that, contrary to the belief among certain quarters, it is the Tunku who not only defended but also installed the special position and privileges of the Malays as a fundamental criterion in the formation of the Federation of Malaya.

Besides his outstanding achievements in securing Malaysia’s sovereignty and independence and the formation of Malaysia, Tunku was also known to be incorruptible which perhaps, has contributed to his being poorer after he stepped down after nearly two decades at the helm of the country. Staying true to his own self and his socio-political values in and out of office have gained him the love and respect of a multiracial society that will always remember this extraordinary man and much-loved leader.

Part One: Understanding the Man Up Close

2. The Man
Tunku: General Character
Likes and Dislikes
His Life Philosophy
The Man and His Faith
Trademark Idiosyncrasies

4. Politician by Choice, 1951-1955
Tunku and His Decision to Enter Politics
Years In the Political Jungle: 1951-55
UMNO on the Eve of Tunku’s Presidency
Tunku and the Party’s Darkest Political Fortune, 1951-1952
Contemporary Socio-Political Scenes of His Time since 1948
Test of Strength: Municipal and Town Elections 1952
The Birth of the Alliance and Its Independence Road Map
The 1955 General Election

7. Disillusionment and End of an Era
Unstoppable Downward Slide
The May 13 Racial Riot and Tunku
Departure from the Central Stage

8. A Working Private Man
A Chronological Summary
Tunku and the Islamic Secretariat (IS)
The Hardships of Being a Private Citizen 1971-1976