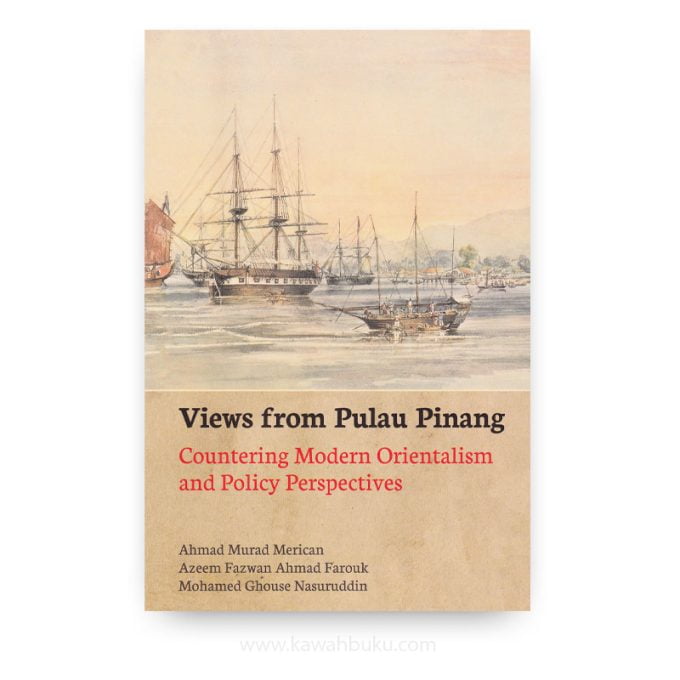 Views from Pulau Pinang: Countering Modern Orientalism and Policy Perspectives brings together the writings of members of the Centre for Policy Research and International Studies (CenPRIS), Universiti Sains Malaysia, with the aim of providing critical and alternative perspectives at the nexus between academia and policy discourse.

Views from Pulau Pinang is based on the outcome of commentaries mainly written for the column representing the Centre for Policy Research and International Studies (CenPRIS), Universiti Sains Malaysia, in the New Sunday Times (NST) between March 2016 to June 2017.1 The column appears fortnightly, deliberating and expressing intellectual and societal concerns. The writings and arguments have taken on a tenor that can be fairly described as providing critical and alternative perspectives centering on the nexus between academic and policy discourse. For the duration, the space carries themes and issues resonating on knowledge production and discourse particularly centering on social science – its uses, problems and influence, the representation of modern ideas and some of its problems, as well as some concerns on knowledge and education, the university, and the nation. In so doing, this book demonstrates the need for academics and scholars to extend their thoughts and ideas to the public domain for the benefit of the society and the policy community.

Divided into three parts, the book tackles issues of ‘Social Science, Development, and Countering Modern Orientalism’, ‘Othering Globalisation: Rights and the Image of Islam’ and ‘Education, Nation-building, and Society.

Relating back to the history and intellectual traditions of Pulau Pinang it seeks to situate themes of knowledge production and social science research within a geographic space which has itself long been subject to forces of orientalism, colonisation, modernisation, developmentalism, globalisation, nationalism and intellectual captivity, but also forces of decolonisation, anti-orientalism and localism.

Views from Pulau Pinang explores these forces in the context of nation-building, development and education, calling for new approaches to urbanization and the relationship between the city and kampung, the university system and the digital revolution, and the nation-state and governance. Moreover, it highlights the importance of innovative social science research to policy thinking for the future of Malaysia.

Part 2 Othering Globalisation: Rights and the Image of Islam
9. Connectivity vital for economy
10. Democracy a front for attack on ‘Others’
11. The perversion of human rights discourse
12. The root causes of violence
13. Covering Islam
14. Deciphering the ‘othering’ of Muslims

Part 3 Education, Nation-Building, and Society
15. Paradigm shift is needed in education
16. Evolution and future of education
17. Malaysian universities as preservers of cultures and traditions
18. The darker side of university rankings
19. The folly of market-driven values in academia
20. Do standardised tests measure up?
21. All to embrace indigenous wisdom
22. The significance of local knowledge and harmonious living
23. Brexit shows European tribe
24. Malaya, Malaysia in the Economist
25. Role of government and monarchy
26. Knowledge, perception, and levels of truth