Kawah Buku > Biography and Autobiography > As Empires Fell: The Life and Times of Lee Hau-Shik, the First Finance Minister of Malaya
Out of stock 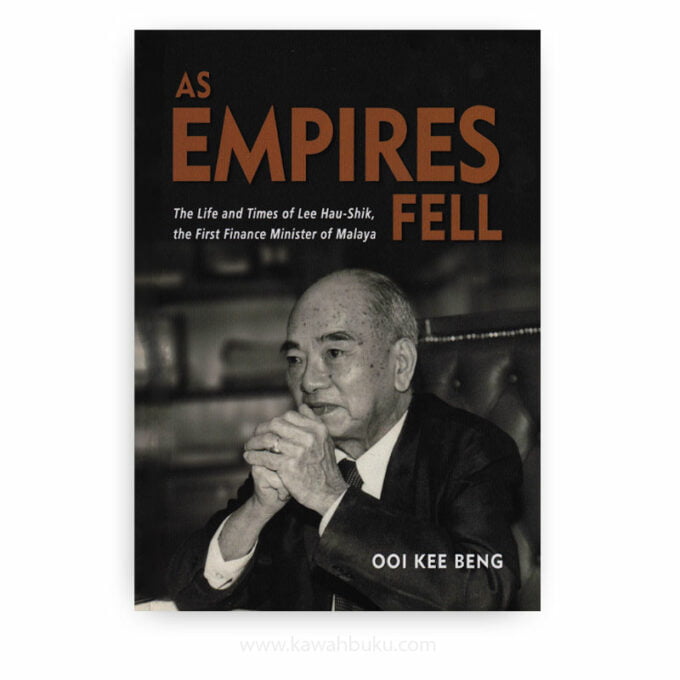 As Empires Fell: The Life and Times of Lee Hau-Shik, the First Finance Minister of Malaya

OOI KEE BENG is Executive Director of Penang Institute, before which he was Deputy Director of the ISEAS – Yusof Ishak Institute, Singapore from 2011 to 2017.

As Empires Fell: The Life and Times of Lee Hau-Shik, the First Finance Minister of Malaya is a biography that provides a remarkable picture of an ‘unlikely politician’ who made major contributions to the formation of the early Malayan state. Born in Hong Kong to a highly prominent family at a time when the Qing Dynasty was falling, Hau-Shik received degrees in Law and Economics in Cambridge and became a successful tin miner in British Malaya and an influential member of Kuala Lumpur’s colonial society. After the Second World War, his influence in elite circles in China, Britain and Malaya allowed him to play a key role in the gaining of independence for Malaysia. He was one of the founders of the Malayan Chinese Association and served as the country’s first Minister of Finance.

The book comes in three parts and ends with an epilogue in which loose ends are collected and his story brought to a close.

Part One is concerned with the first four decades of the twentieth century. Chapter 1 describes the complex socio-political and socio-economic situation of the population of Malaya, where the tongue of land separating the seas fringing the Pacific Ocean meets those flowing in from the Indian Ocean; to which huge numbers of migrants from East Asia and South Asia, and from within Southeast Asia itself came, many to make a living, and some to seek fortunes. Chapter 2 is about his early life, stretching till the time the Japanese Imperial Army arrived in 1942 to secure supply routes for goods and primary material for themselves.

Part Two also contains two chapters, the first of which, Chapter 3, focuses on the struggle between Japan, China and the European powers culminating in the creation of the “Greater East Asian Co-Prosperity Sphere” by the Japanese and their push into Southeast Asia as far to the south as Australia and to the east as India. Having the economic means and the political connections, and being on the wanted list of the advancing Japanese, Hau-Shik and his family managed to evacuate out of Kuala Lumpur and then out of Singapore, to head for Chungking, the capital of Kuomintang-held parts of China. Forced to head for Calcutta when news that Rangoon, from whence they were to travel into China, had fallen, they began life as somewhat privileged war refugees in India. There they stayed for four years, most of the time fearful that an invasion was coming. This is the story told in Chapter 4.

While Chapter 5 narrates the general conditions of recolonization after 1945, Chapter 6 describes Malaya’s struggle to become an independent country. And it is here in time and space that the experiences, the connections and the stature of Lee Hau-Shik placed him in a historically crucial position. His role was a central one—in Malaya’s gaining of independence, and in the form in which it did that.

The Epilogue is added to provide some final remarks about the man and his role in history. The details of Hau-Shik’s life as a banker and a financier shall be left for a researcher of a more appropriate academic persuasion than the author hold to do. In that endeavour, there is much in the Lee Hau-Shik papers for him to discover and uncover.

Appendix
Bibliography
Index
About the Author