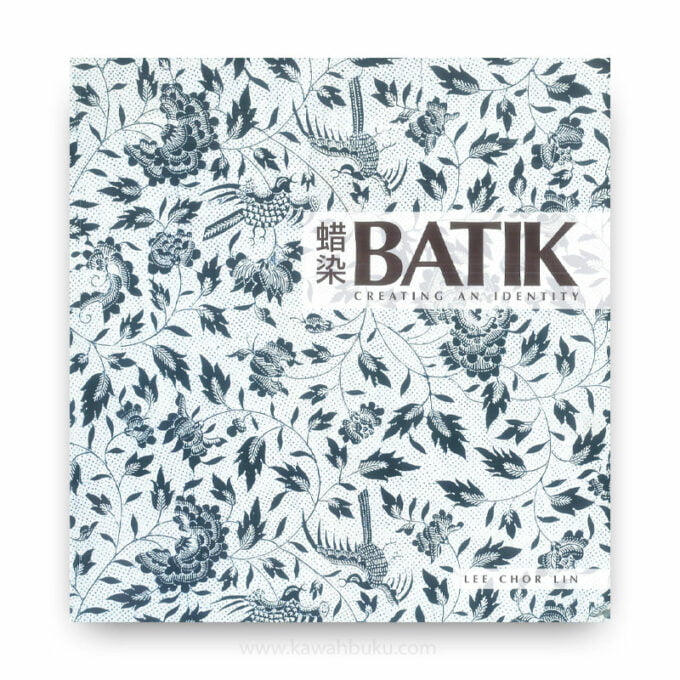 LEE CHOR LIN is currently the Director of the National Museum of Singapore.

Batik: Creating an Identity focuses on the batik culture within and outside Java; a culture that is maintained on an almost addictive passion for the brilliant colours and dynamic figures created by batik. Batik is a resist-dyeing technique used to decorate finished fabrics. The process is simple though laborious: on a piece of plain fabric, motifs are drawn using a paste-like substance derived from rice, beans, mud or wax. The clean space around this paste-covered area is now the background of a motif. When immersed in a dye bath, the outlined motif on the fabric will resist the dyeing, while the clean space then absorbs the colour of the dyestuff. Once the paste is cleaned off, the motif is delineated by the undyed negative spaces on the cloth. A second colour may be added to the dyed cloth, and the whole process of waxing is repeated on those areas where the second colour is desired. The process has to be repeated as many times as there are colours required.

Batik is not a widely practised technique in Southeast Asia. In mainland Southeast Asia, batik is used by the Tai speaking and hill peoples who began to migrate in large numbers from southwestern China into Indochina and Thailand around the 17th century. Here, batik is rendered using a kind of rice paste as resist on handspun domestic cotton fabric, which is then dyed in indigo. In the islands of Southeast Asia, batik looks very different from these narrow strips of mainland monochrome examples. Practised only in limited areas—Java, southern Sumatra and central Sulawesi-batik of the island world offer a wider variety of patterns and colours, and the usage is more widespread than in the mainland. Evidence to relate the mainland batik tradition to that of the island world is still scarce and highly conjectural.

However, it is the Javanese tradition of batik, which was also introduced to southern Sumatra, that has created the most dynamic and prolific range of fabrics. Here, batik became more than a resting technique; the name of the fabric also came to be identified with the people of Java. Those areas associated through trading networks with Java and southern Sumatra are also included as part of this batik culture.