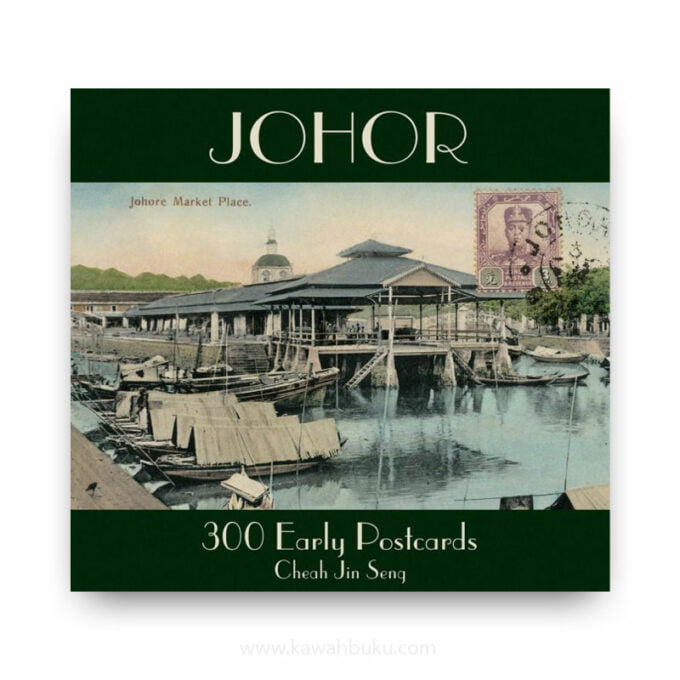 Johor: 300 Early Postcards contains picture postcards of the Malaysian state of Johor, which offer a rare opportunity to view the architecture, landscapes and lifestyles of a bygone era, from the late 19th century to the 1950s. The book begins with a brief history of the modem Johor and its postcards and includes chapters on royalty, royal visitors and government; the Johor-Singapore Causeway; the capital, Johor Bahru; and the towns, people, economy, flora and fauna of the state. kt concludes with a history of deltiology and philately in Johor.

A typical example of picture postcards depicts a black-and-white photograph measuring 90 x 70 mm; the space to the right and below the picture is filled with the sender’s message. The address side is shown and undivided. The words “POST CARD” (23 x 5 mm) in red are printed at the top; there are four dotted lines and one solid line in red to guide the country of the address. The publisher’s name is not stated; it was possibly published by a photographer/publisher in Singapore. In my collection, there are 13 such picture postcards with different scenes of Johor Bahru/Johor. This kind is the first and earliest series of picture postcards of Johor.

Brief History of Modern Johor and Its Postcards

A History of Deltiology and Philately in Johor