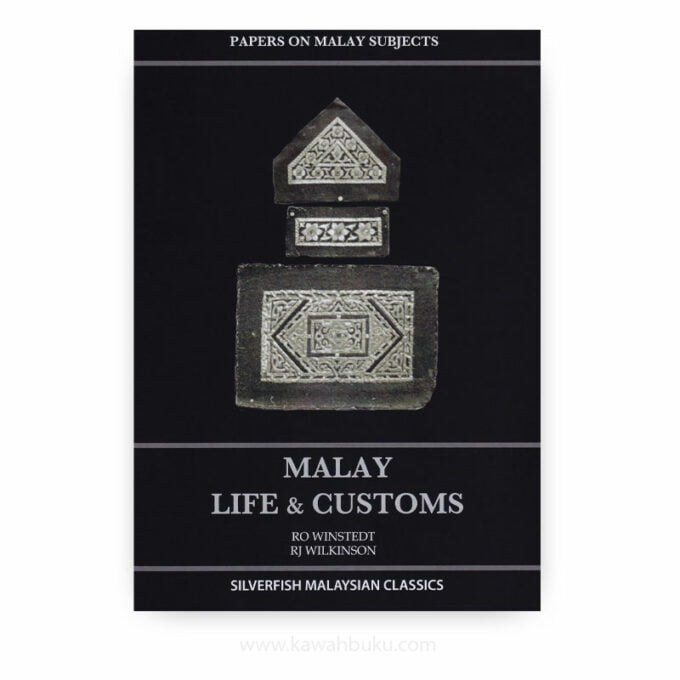 Malay Life and Customs are divided into three subjects which comprise the principal incidents in the life of a Malay, some accounts of the conditions under which a Malay lives, and the observation and treatment of Malay amusements, based upon Malay life in Perak. The first series of pamphlets under the title “Papers on Malay Subjects”, sixteen in all, appeared between 1907 and 1911, under the general editorship of R.J. Wilkinson. Wilkinson himself wrote nine, four were by R.0. Winstedt, and the remaining three by C.W. Harrison, J. Rigby and G.E. Shaw. These works are not of a uniform standard, and more information is now available on the majority of the subjects, particularly as the series was conceived before Kedah, Perlis, Trengganu and Kelantan came under British influence. Nevertheless, the conception of the series was admirable, and in spite of their deficiency by modern standards, it remains the best single introduction to most things Malay.

PART I — THE INCIDENTS OF MALAY LIFE