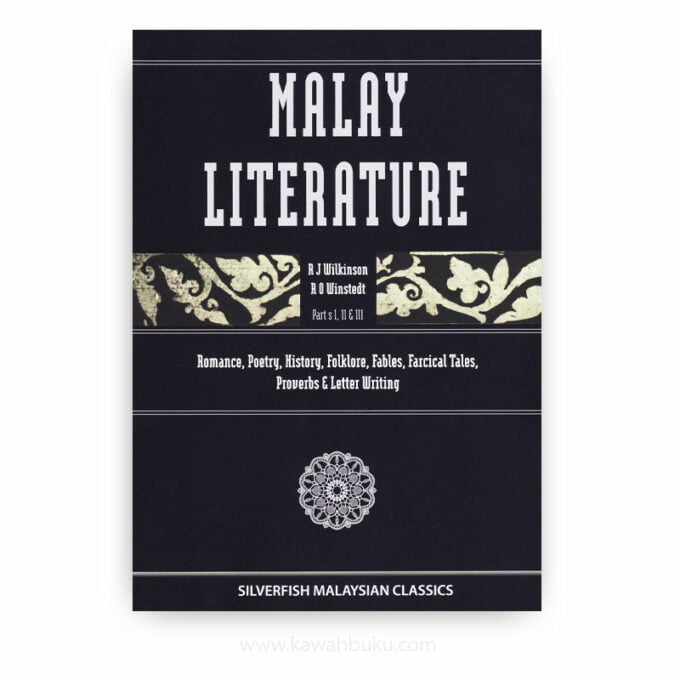 Malay Literature: Romance, Poetry, History, Folklore, Fables, Farcical Tales, Proverbs and Letter Writing is a luminous volume consisting of some essays by R.J. Wilkinson and R.O. Winstedt on Malay literature. Their writings intended to serve as a textbook for the examination of cadets and, as such, to furnish an introduction to the study of Malay matters generally, but not of the technicalities and minutiae that only concern a very limited number of outstation officers. On the other hand, it is also intended to meet the needs of outstation officers whenever they happen to require fuller information than would be furnished by a mere popular account of the Malays.

As far as possible, therefore, this little series of books will contain essays on Malay subjects written for beginners, but supplemented by concise notes and appendices suitable for the more advanced student to refer to. Furthermore, although the composite character of the work will make it impossible to give to these essays the consecutiveness of chapters in a single author’s book, it is not intended that these pamphlets should be a mere mass of miscellaneous notes without any thread of connection between one paper and the next. The essays will be grouped together according to the main divisions of the whole subject.