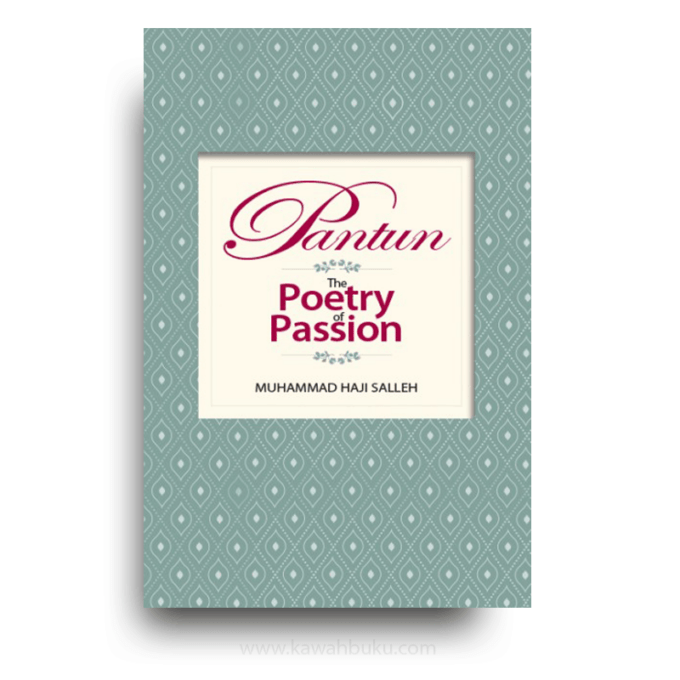 Pantun: The Poetry of Passion

MUHAMMAD HAJI SALLEH is a poet and author. In 1991, he was awarded with the title of National Laureate.

Pantun: The Poetry of Passion introduces the various presences of the pantun, its functions, its different stages of development and spread, and not least is magical aesthetics. Studies on the pantun in English is often a rare commodity. While the passion for the verse form is exuberant, studying it has not been a popular endeavour. This book is a first full introduction to this extremely popular Southeast Asian poetic form that has found its way into many literatures of Europe and Australia and now into the cyberspaces, recreating itself within the demands of the new technology.

In the Malay Archipelago itself, it is the well-loved medium of love relationships, customary laws, proverbs, lullabies, and oral and written narratives. No other form has been able to execute these many functions and still retain such freshness and flexibility.

This book ensued from a talk on “The Aesthetics of the Malay Pantun” delivered at a seminar on Malay and Chinese Philosophy hosted by the Centre for Civilisational Dialogue, University of Malaya. The text on the Malay verse form was expanded with the global audience in mind. Hence, Pantun: The Poetry of Passion was home from the perspective of Malaysia’s National laureate, Muhammad Haji Salleh.

Pantun: The Poetry of Passion is a comprehensive documentation of the history, form, and functions of the genre. Pantuns fill the pages to illustrate the beauty of the Malay language in rhyming verses. This book elaborates on how this oral tradition has transcended the ages to capture the inner thoughts, feelings, and passion for the life of the Nusantara Malays.

However, it seems necessary to mention that some of the poems come from as far as Sri Lanka and Ambon, Kutai, and Patani.

The main part of this work deals with the history of the pantun and the development of its various forms, and their many examples. I also try to make time to show how important the pantun is in Malay and Nusantara life, illustrating different examples of its use in the adat or customary laws, in the oral and written narratives, in the wayang, in songs, and not to forget, in its most dominant space, the world of love and romance.