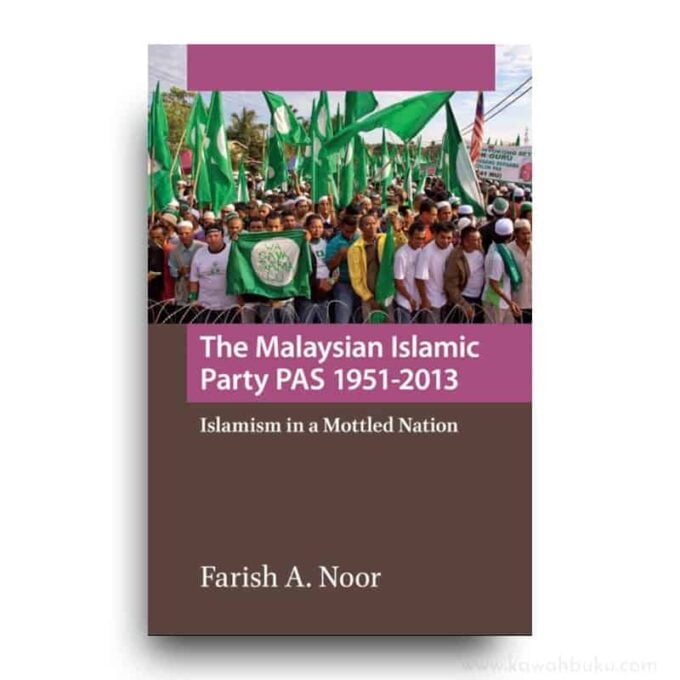 The Malaysian Islamic Party PAS 1951-2013: Islamism in a Mottled Nation

FARISH A. NOOR is Associate Professor at the S. Rajaratnam School of International Studies (RSIS), Nanyang Technological University, and the head of its Contemporary Religion in Southeast Asia Program

The Malaysian Islamic Party PAS 1951-2013: Islamism in a Mottled Nation

The Pan-Malaysian Islamic Party (PAS) happens to be one of the oldest and biggest political parties in Malaysia today, though not as well-known as the Jamaat-e Islami of Pakistan or the Muslim Brotherhood of Egypt. This is a work that recounts the constructed nature of PAS, as a party that has undergone several transformations − from a left-leaning anti-colonial party in the 1950s and 1960s, to a right-leaning communitarian party in the 1970s, to a party inspired by the Iranian revolution in the 1980s, to its present avatar as a pro-democracy party. It shows how PAS has evolved along a non-linear path, and was shaped by a host of internal and external variable factors that impacted upon Malaysia and its complex society.

This masterful work on how ‘political Islam’ has transformed Malaysian politics is now one of the essential books about contemporary Islamist politics.
— Clive Kessler, The University of New South Wales

This is the best study of PAS that has appeared to date, and Farish’s richly documented work relate the shifts in PAS’s counter-hegemonic discourse and practice to the wider political context, both national and international.
— Prof Martin van Bruinessen, Utrecht University