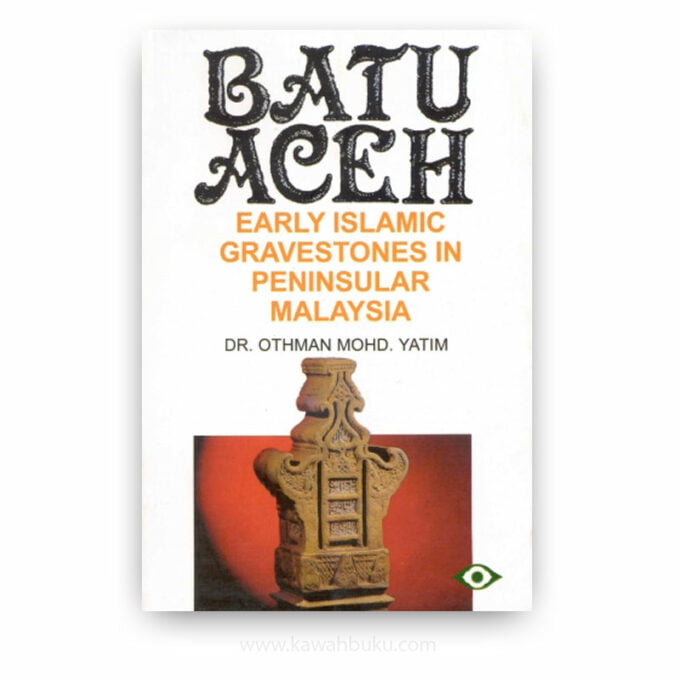 OTHMAN MOHD. YATIM is a Curator of Ethnology at Muzium Negara.

The condition of the gravestones varies according to where they are located e.g. in royal and/or maintained cemeteries, or in isolated plots, and according to the amount of weathering which the stones have undergone. The situation is complicated further by the fact that some of the gravestones have been unprofessionally restored or renovated in the past and some have been removed from their original sites and relocated.

Data for this study have been obtained from literary references (those especially related to the term batu Aceh only date from 1878) and from the author’s extensive fieldwork covering the period 1974-1983. The author examines the similarities between the rituals associated with death and burial in both Peninsular Malaysia and Aceh which encouraged the importation of batu Aceh during the height of Acehnese influence in Peninsular Malaysia.

The variety of shapes and decorations of the batu Aceh presented descriptive problems. Therefore, the author introduces his own system of typology (Othman Types A-N) to be used in cross-reference to photographs and diagrams. The author attempt to relate this typology to chronology using other criteria in the absence of dated gravestones.

Attempts were made by earlier writers to associate the batu Aceh shapes and sizes with the sex and status of the deceased. The author refutes their contentions with regard to sex denoting shape but believes that the size of gravestones may be related to status. Of 213 pairs of batu Aceh, 109 possess inscriptions, but only a minority of these give biographical details; the rest contain quotations from the Koran and religious poems.

The elaborate decorations on the batu Aceh (Othman Type F expected) display some basic motifs also found in the art of pre-Islamic religions of Peninsular Malaysia. The other decorations are similar to those found throughout the Muslim world where their function is religious as well as decorative.

The author discusses the nature of the 63 sites where batu Aceh are located: former state capitals and other river-side settlements and isolated plots. Some of the latter are associated with legendary figures and have become venerated as keramats (shrines).