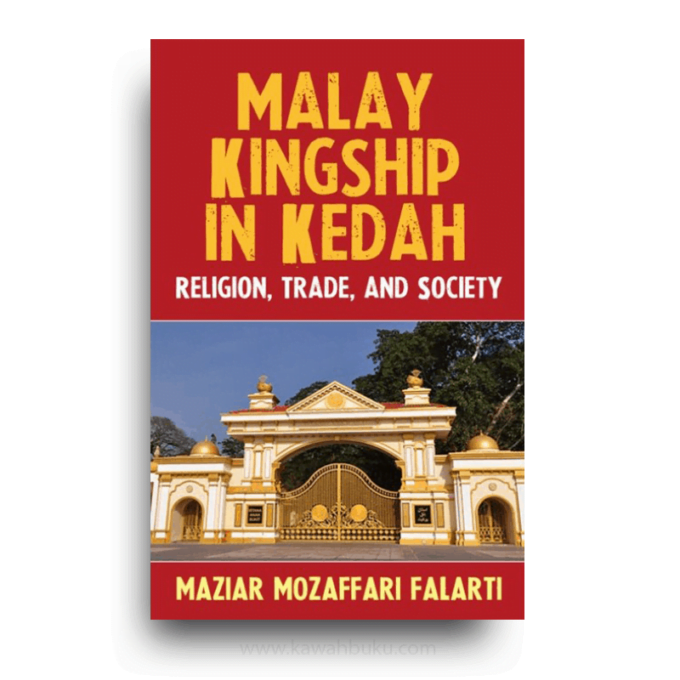 MAZIAR MOZAFFARI FALARTI is a visiting fellow at the Queensland University of Technology, Australia. He teaches history and Asian studies at the School of Arts, Humanities, and Social Sciences at the Habib University, Karachi.

Malay Kingship in Kedah: Religion, Trade, and Society propose a new understanding of historic Southeast Asia, particularly the Malay and the Islamic world that form an important part of it. Its focus is on the north-western Malaysian kingdom of Kedah, the oldest unbroken independent kingship line in the “Malay and Islamic world” with over 1,000 years of history.

The volume highlights the impact of the Siamese invasion of 1821-1842 which devastated the state and forced the Kedah Sultan to flee to the neighbouring British territory of Penang. Taking these events as a pivotal point, it examines the institution of kingship in Kedah and probes the foundations and endurance of traditional sources of power and its historical persistence in the Malay Peninsula. Thus the book examines the physical and spiritual attributes of Malay kingship together with forms of power that cemented the ruler, the peoples, and the environment.

On this basis, it interrogates traditions regarding the coming of Islam to Kedah and the role of the monarch among the peoples of his realm. This is a comparative study using the indigenous sources on the Islamization process and traditions in the centre and the periphery of the realm.

This volume also sheds much-needed light on a range of important topics in Malay history including Kedah and the northern Melaka Straits history, Britain or colonial powers expansion and rivalry, Southeast Asian history and politics, religion and society, interregional migration and the influence of the sea peoples or orang laut, Islamic influences as well the course of Thai-Malay relations. Beyond this, the study also takes note of Kedah’s long-distance relations with states in the subcontinent and the Middle East as well as China and Europe.

Little scholarly attention has been paid to its premodern history, society, religion, the system of government, and unique geographic situation, potentially controlling both land and sea lines of communication into the remainder of Southeast Asia. This book will thus provide the first comprehensive treatment on Kedah’s premodern and nineteenth-century historiography and can provide a foundation for comparative studies of the various Malay states, which is presently lacking.

Malay Kingship in Kedah: Religion, Trade, and Society attempt to offer a new understanding, not only of Kedah, but of the political and cultural development of the entire Malay world and of its relationships with the broader forces in both its continental and maritime settings. It argues that Kedah does not seem to follow, and in fact, often seems to contradict what has been commonly been accepted as the “typical model” of the traditional Malay state.

This volume proposes a new conceptualization of the history and traditional political systems of the “Malay world.” It is divided into four chapters dealing with Kedah’s Spiritual (Chapter 1), physical, and environmental context (Chapters 3 and 4) that reconceptualize Malay indigenous political systems and shows how Malay rulers traditionally maintained control of their environments and how they were viewed by their people (Chapter 2). Thus it concludes that the ruling dynasty has historically exploited a wide range of unique environmental conditions, local traditions, global spiritual trends, and economic forces to preserve and strengthen its political position.