Kawah Buku > History > Malaysia > Life After: Oral Histories of the May 13 Incident 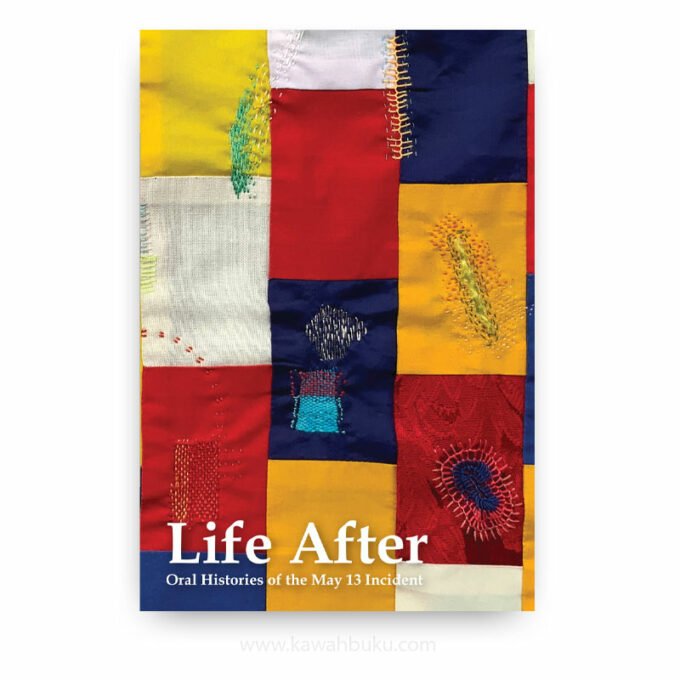 Life After: Oral Histories of the May 13 Incident

Life After: Oral Histories of the May 13 Incident has a clear purpose, which is to excavate what the mainstream narrative is unwilling to see or recognise, as well as flesh-and-blood stories obscured by the abstraction of official reports and academy writings. Since the May 13 archives have not yet been declassified, the comprehensive historical truth remains inaccessible. Yet even if they were, these historical documents cannot contain the whole truth because every Malaysian who went through the 1960s has their direct or indirect experiences of May 13. Oral history is a method that collects historical stories through conversations and interviews with narrators with first-hand, direct and personal experiences of a certain historical event of interest to the researcher. These narrations contain not only historical facts, but also their personal experiences and perspectives.

These stories reveal the multi-layered and complex picture of May 13. Differences exist not only between the authorities and the people, but also within different political fronts. Even within the same ethnic group, memories and viewpoints are not unanimous and the differences between what is recognised and remembered tend to be revised and changed over time. Even the family members of victims, due to their varying social positions, personalities and experiences, have different reactions and interpretations of May 13. For instance, some family members who were being interviewed yelled at members of the oral history team. “Why do you have to bring up such a dark past?” Overall, these stories show the different experiences, interpretations, memories and reactions of Malaysian society regarding this history.

Although the narrators’ versions of events are based on fragmented memories, they reflect another kind of truth. Overall, they reveal different riot sites, experiences of violence and varying local events as well as the spontaneous provision of mutual aid among common folk, which are distinct from the official narrative. These narratives also reflect different perspectives on life, emotions, memories and subjectivities. More importantly, they revealed the gendered yet often obscured aspect of the riot—that those involved in the act of violence were unexceptionally males and more men than women died.

Because May 13 took place decades ago, coupled with the continued classified status of archives and the unreliability of narrators’ memories, the goal of oral history is not merely to reconstruct historical facts but also to create spaces for survivors to narrate and put forth diverse perspectives on relevant historical events. In the past 20 years, there have been public calls for the authorities to establish a “truth and reconciliation commission” to reinvestigate May 13, to make the truth public. While the declassification of official archives is extremely important in clarifying historical facts, history cannot be separated from its interpretations and multiple perspectives. It is also difficult to avoid selective interpretations, which is why truth does not necessarily lead to reconciliation. The experience of South Africa teaches us that while the truth does help with the comprehension and clarification of history, reconciliation is never a given, where more truths may even lead to more hatred and conflict.

Afterword
Where have all the survivors gone?
– Tham Seen Hau

Afterword
The Necessity of Storytelling and Writing
– Tung Wan Qing

Afterword
Holding Up and Putting Down the Camera
– Usen Leong

Postscript
May 1969 is codeword for many things
– Jomo KS