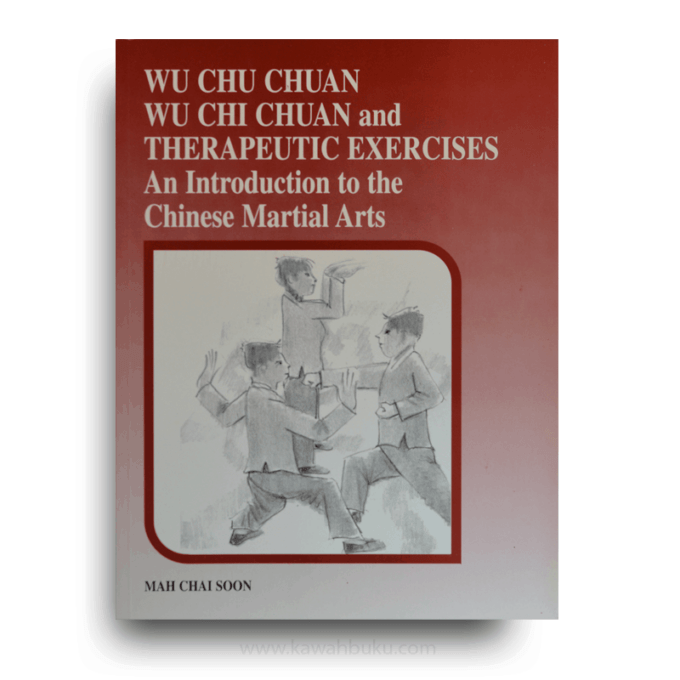 MAH CHAI SOON (a.k.a. “the Rubber Man”) was an instructor who trained at the Chee Kim Thong Pugilistic and Health Society headquarters in Kuala Lumpur. He is an artist by profession, was able to use his art skill in the laboratory as a draftman. furniture designer, interior designer, electronic deVice designer and lastly the graphic art industry. Apart from being an artist, he is also a fine art painter using watercolour and oil as the main medium in his painting. The 70’s were the most active years in his career, where he was able to take part in various art exhibition and organized three solo art exhibitions through which his paintings were sold to many countries. As a medical illustrator for 22 years, he was attached to Medical Illustration, Faculty of Medicine, University of Malaya. His main drawings were human anatomy surgical, orthopedic illustrations and also statistic charts. His excellent illustrative skill brought him the opportunity to be an illustrator for two medical textbooks: (i) Manual of Practical Neuroanatomy by Prof. M.A. Karim, (ii) Neuroanatomy by Prof. Nah Seang Hoo and K. Subramaniam. In addition to the above, his expertise were also employed by Prof. Dr. Dr. Roland Werner for his three books namely: (i) Mah-Meri of Malaysia Art and Culture, (ii) Jah-Het of Malaysia Art and Culture, and (iii) Bomoh-Poyang: Traditional Medicine and Ceremonial Art of the Aborigines. His younger years gave him the opportunity to learn Chinese martial arts, the crane style and herbal medicine from his grandfather. In the late 60’s, he became a student of Master Chee Kim Tong and Chief Instructor Yap Cheng Hai learning the finer points of Wu Chu Chuan an Loh Han Lu Yi Chuan. His vast experience and knowledge of these arts has prompted him to open his own physioteraphy centre dealing with wear and tear of human body, theraphy with massage, herbal steam and wash, therapeutic exercises, needles acupuncture, heat theraphy and posturing for disorders of spine, joints, muscles ache, tendon and ligament sprain. bone fractures and dislocations. He also teaches Wu Chu Chuan, Wu Chi Chuan, Loh Han Lu Yi Chuan and Therapeutic Exercises.

The Wu Chu Chuan system consist of more than 18 sets. These sets are used to discipline the body and the limbs by loosening the joints and utilising the correct postures and correct steps. In recounting the creation and spreading of Wu Chu Chuan (Art of Five Masters), one has to trace it back to the admission of Baik Yu-feng to the Shaolin Monastery during the Yuan Dynasty (1271-1367) in ancient China.

Baik, who came from a wealthy family and had devoted his whole life to the study of kung fu, had already mastered a number of schools of kung fu. After joining the Monastery, he realised that since the creation of the 18 Lohan Hands by Buddhi Dharma, Shaolin had produced many outstanding exponents and skills.

However, during the Tang Dynasty many outstanding Shaolin exponents joined Emperor Lee Sze-min in conquering and uniting China. As a consequence, 13 of them won recognition from the emperor for their outstanding service and skills. After this many of these exponents settled in various parts of China. This resulted in a dispersion of Shaolin skills and realizing this Baik set out to bring these skills back to the Monastery. Many exponents returned. Amongst them were five super experts who, after gathering together, discovered that each of them had his own specialty, for example, one excelled in “ch’i“, while another’s body posture was excellent and another specialised in force. Baik urged them to perform their specialties, which were then put to further scrutiny and, eventually, Wu Chu Chuan was created.

The Shaolin Monastery was burned down by the Manchurian government during the Ching Dynasty (1644-1911) because many members of the Monastery were involved in anti-Manchurian activities. The experts who survived escaped from Song Mountain to Fukien in the south. These people thus brought with them the kung fu they learnt at Shaolin, and spread it to the people of Chuan Chow and Phu Thien.

At that time, Fukien was considered to be an uncivilized region with a rough terrain. It was not an easy task for the government to dispatch troops southward and mount operations against the Shaolin people. These experts were thus given an opportunity to remain in the region for a longer time. As a result of this, Wu Chu Chuan was more readily available in Fukien than in other parts of China. Later, the Shaolin Monastery established in Fukien was also burned down. Experts such as Chei-San Monk and Ching-tsao Monk then escaped to Kwangtung, some even sought refuge in Yunnan. These experts trained many local people to become excellent kung fu exponents.

Many of these experts were members of the anti-Manchurian revolutionary movement. In an effort to avoid implicating their masters, they did not reveal what school of kung fu they were affiliated to or who their masters were. This situation gave rise to claims that the masters or creators of certain well known kung fu were certain gods or hermits. Some of these people even acknowledged they themselves had originated the art they practised.

In order to maintain an adequate level of physical fitness one must not only have a form of exercise but also have a satisfying enough mental reason to continue with the exercise. Such 8 exercise must be suitable for persons of all ages and must be adaptable and relevant as a person grows old. It must be suitable for those days when a person feels slightly ‘off colour’ and still not overstrain him. It must be practisable even during a busy daily schedule and enjoyable. It must ultimately show in the person’s general health, mental alertness and physical well being.

Such an exercise is Wu Chi. Handed down years ago from one of the schools in the Shaolin Temple in China, Wu Chi is not only a method of physical exercise but also a martial art, a psychic rejuventor and a philosophy of life.

Wu Chi as a physical exercise is made up of 36 sets. The first twelve of which are: Ying, Yang, Wind, Cloud, Rain, Clear, Sun, Moon, Shine, Reflect and Bright. A student having learnt only the first seven sets can go on happily practising for years and be assured that each part of his body would be adequately exercised. Wu Chi is the mother of the soft school of Chinese exercise. All motions are executed slowly and deliberately. The mind concentrates on the exercises until the movements of hands and feet become so soft that they become as emptyness. Perfection is achieved when one no longer feels the motion of hands and feet, the body sinks and is rooted to the ground.

Constant practice of Wu Chi will result in the intrinsic physical energy of the body blaing set into motion. When this “Ch’i” moves in the body there is a special warm glow all over and one is physically rejuvenated. A person’s ‘Aura’ is increased. His perception of the world is deepened. Evil and accidents are diverted away. Goodness is attracted to the person.

Some of the Wu Chi exercises consist of sitting and meditation. Even before modern medical science discovered that meditation can lower blood pressure, reduce mental stress and be recognised as a therapy for high blood pressure, this exercise had been in use in China. Today as part of the overall training programme each Wu Chi trainee gains an inner peace and increased mental appreciation of the world around through this meditation and breathing,

Therapeutic Exercises are the healing exercises which include movements, stationary postures and breathing. They adjust the correct posture, tone the muscles, tendons, ligaments, nerves, vessels and organs. They also increase the body metabolism. The therapeutic exercises are suitable for young/old, male/female and you do not need a wide space to do them. They start with little strain and then increase to much greater strain.