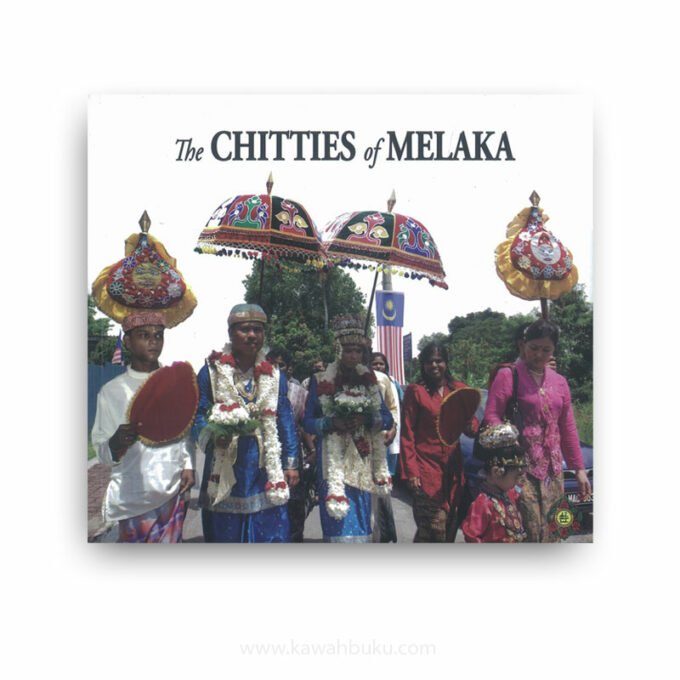 KAREN LOH was the second president of the Museum Volunteers, Department of Museums Malaysia.

JEGATHEESAN VELUPILLAY is an active member of the Museum Volunteers, Department of Museums Malaysia.

The Chitties of Melaka gives a vivid presentation of the lives, ceremonies, and festivals of the Chitty community in Melaka. The Chitty community is of Indian Peranakan descent, originally the offspring of South Indian traders who came to Melaka to trade from the early 15th century and married local women. Peranakan is from the root word ‘anak’, which means ‘child’ or ‘locally born’.

The Chitties were originally referred to as Keling, a reference to people from the ancient Kalinga kingdom in eastern India. However, over the years, they acquired the name ‘Chitty’. This could have been adapted from the word ‘Shresti’, head of a mercantile group in Sanskrit. It must be remembered that any mention of Keling in early records also refers, at this period, to Chitties, who can be taken to be a later generation of Kelings, albeit becoming a blend of races. The name Chitty, or Chetti, is used interchangeably.

The Sejarah Melayu mentions the existence of this community in the days of the Melaka Sultanate. There are also further mentions in the Portuguese Documents on Melaka. Chitties are reputed to have had a great influence on the Melaka Sultanate, in administration and trade. This is further evidenced in the plaque at the entrance of their community village in Gajah Berang. ‘Gajah berang‘, which actually means ‘elephants running amok‘ in Malay, is possibly a corruption of Kanjapuram or Kanjipuram, the area in South India from where the traders originated.

That the community has existed in Melaka since the Sultanate is in no doubt. However, over the centuries, with the coming of the colonizers, fortunes have changed. When the term ‘Peranakan‘ is mentioned in Malaysia, there is a tendency to think only of the Baba and the Nyonya, of Chinese Peranakan descent, who have settled in Melaka since the Sultanate. Tourism is a major industry in Melaka because of its rich history; the Babas and Nyonyas, being part of this history, have created a ‘brand’. Their cuisine, which everyone enjoys, is one of its main attractions that has helped to project this image. They also promote their style of traditional dress, as well as publicize their cultural events. Hence, the common impression is that all Peranakans are Baba and Nyonya.

However, there are other Peranakan communities in Melaka such as the Portuguese Peranakan and Dutch Peranakan. Few Malaysians have heard of the Melaka Chitties, an Indian Peranakan community. Yet, this is a community that has endured for 600 years with their religion and their culture, customs, and traditions largely intact.

What is the story of the Chitty community from its early appearance from the time of the Melaka Sultanate until today? We hear little of them during the Portuguese conquest and the subsequent Dutch and British colonial eras. History is silent about their part during the Japanese occupation. The Chitty community itself has no records to speak of and there is scant mention in official documents. It is nigh impossible to piece together a comprehensive study of the history of the Chitties in Malaysia. This book is an attempt to present the Chitty story to the Malaysian public and promote an understanding of their rich customs, food, and culture.