Kawah Buku > Religion and Society > The Many Faces of Political Islam: Religion and Politics in the Muslim World
Out of stock 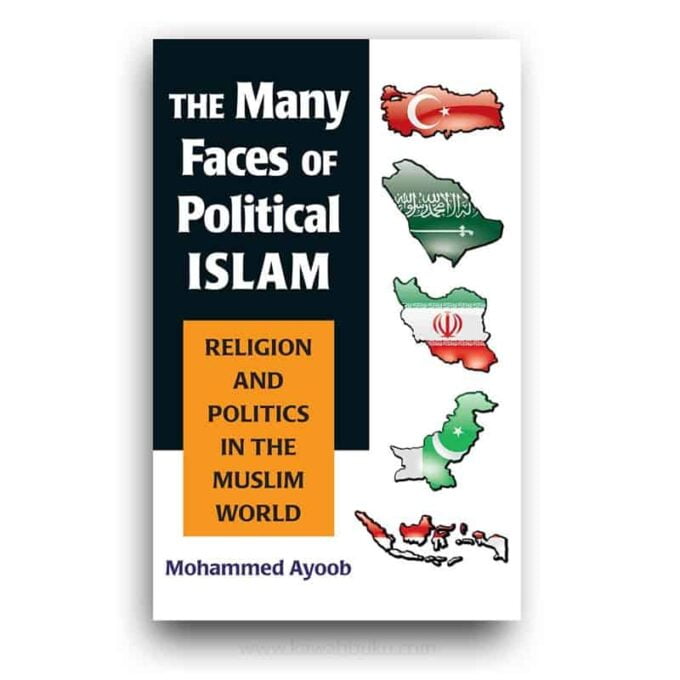 The Many Faces of Political Islam: Religion and Politics in the Muslim World

Mohammed Ayoob’s The Many Faces of Political Islam: Religion and Politics in the Muslim World thoroughly describes the myriad manifestations of this rising ideology and analyzes its impact on global relations. Analysts and pundits from across the American political spectrum describe Islamic fundamentalism as one of the greatest threats to modern, Western-style democracy. Yet very few non-Muslims would be able to venture an accurate definition of political Islam.

The main thrust of the book and of this paper is to challenge several assumptions commonly prevalent in much of the analysis of political Islam. These include the following: (a) There is something unique in Islam that precludes separation between religion and state, and that religion dictates political action in Muslim countries. (b) Political Islam like Islam itself is a monolithic phenomenon and, therefore, by definition a universal or transnational occurrence largely independent of particular social and political contexts in which Islamist groups and parties operate. (c) Islamists are single-minded fanatics who are obsessed with implementing the sharia and enforcing God’s sovereignty and are, therefore, incapable of making political compromises or building coalitions with other political forces/parties. (d) Islamist political formations are by definition anti-democratic because belief in God’s sovereignty precludes accepting the notion of popular sovereignty; at best they are likely to use democracy in an instrumentalist fashion to come to power, but once in power they are likely to jettison the democratic system in order to perpetuate their rule thus proving true the dictum that Islamists are committed to “one person, one vote, one time”. (e) Political Islam is inherently violent or, at the very least, predisposes its followers to undertake unconstitutional and extra-legal activity to achieve their “divinely sanctioned” objectives.

While these assumptions can be treated distinctly in analytical terms, they are closely related to each other and form a part of a highly negative overall perception of the phenomenon we call “political Islam”. In The Many Faces of Political Islam: Religion and Politics in the Muslim World, the author did so at length with illustrations from both the history of Muslim societies and the contemporary situation in various Muslim countries.

Ayoob argued that the Islamists of today are engaging in revisionist history in claiming that there is no distinction between religion and politics, noting that the political and religious spheres have always been very distinct in Islamic tradition. Ayoob stated that the ulema, or religious scholars, in fact, advocated quietism, favouring political stability over anarchy and chaos. It was not until the advent of European colonialism in the 19th century and the post-colonial era of the 20th century, that politics and religion began to influence each other. It was then that age-old concepts such as jihad were reinterpreted to become an anti-colonial and anti-domination movement, and new ideas such as the territorial nation-state led to distinctly nationalized versions of Islam. Ayoob cited such movements as the Muslim Brotherhood in Egypt, and Hezbollah in Lebanon, as examples of this shift. He also took issue with the idea of a singular conception of the Islamic State, arguing that the two such existing states—Saudi Arabia and Iran—are markedly different in their structure and interpretation of Islam.

Heydemann acclaimed Ayoob’s book, calling it a wonderful exercise in “complexification” and elucidation of a very important yet misunderstood issue. He praised Ayoob’s ability to avoid generalization and engage in scholarly analysis of political Islam, while still making these complexities accessible to the wider public—though he cautioned against what he viewed as a sometimes “overzealous” attempt to gloss over the more unsavoury aspects of Islamism. Heydemann argued, for instance, that Ayoob oversells the idea that political Islam is not violent, noting that while still the minority, there nevertheless exist several Islamist organizations committed to violence. He also suggested that the image of Islam as a monolith is not just the fault of American policymakers, but also a result of the efforts of Islamist groups to frame themselves as the unified representative of their faith.