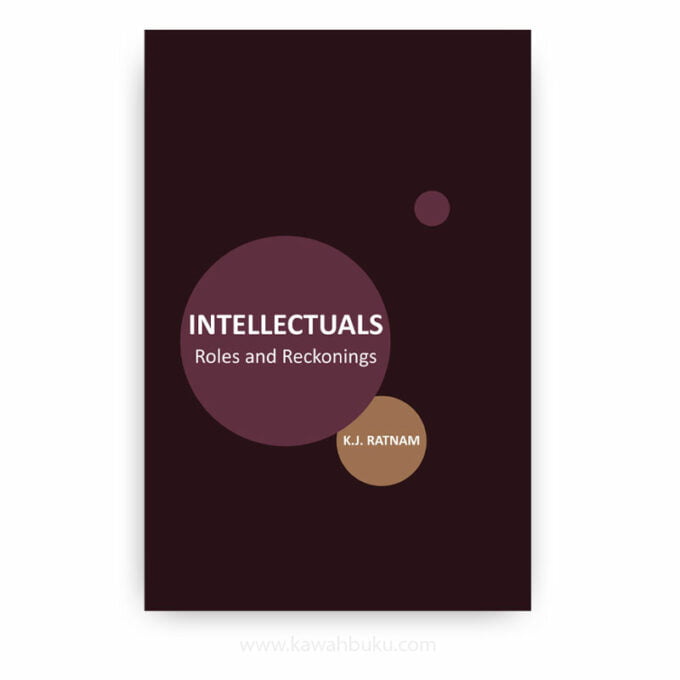 K.J. RATNAM is a political scientist and the author of many books on Malaysian politics, ethnic relations and other topics. After serving as Professor of Political Science and Dean of Social Sciences at the University of Singapore, he left for Penang in 1970 to become Foundation Dean, School of Comparative Social Sciences, Universiti Sains Malaysia, where he held various positions until his retirement in 1995.

Intellectuals: Roles and Reckonings offers a more critical look at our milieu and reorients us towards a more critical future, in which the trials and tribulations of the intellectual in the modern age are analysed in detail, by engaging with ideas ranging from ideological rifts and political responsibility to the vastness of the natural world and the inherent strangeness of the universe. This is a new edition of a book published in 2010 by Penerbit Universiti Sains Malaysia, titled Intellectuals, Creativity and Intolerance.

Two factors persuaded the author to bring out this revised version, the first being the desire to flesh out some points that had earlier received only passing attention. This has been done mainly through changes and additions that have been made to Chapter One. The second, and by far the more important, factor was the accelerated decline in respect for democratic practices and institutions over the past decade or so, particularly in the developed countries of the West, a decline that has brought to the surface the fragility of democratic and intellectual norms that had previously been taken for granted.

Blame for this does not rest with any inherent weakness in the values that underpin democracy, although the inappropriate application of these values can sometimes have damaging consequences. The problem is attributable instead to the vanishing credibility of those who run democracies and who often pose as spokesmen for the democratic cause. Doubts have begun to spread not only about the depth and honesty of their commitment to democratic principles but also about their basic trustworthiness. Alongside this, there has all too frequently been an erosion of tolerance and accommodation in society at large, which politicians have been only too willing to exploit or even provoke.

It is far from certain whether this is only a passing phase in the conduct of democracy or whether the current reinvigoration of populism in so many places will not have lasting effects. These are some of the issues that are taken up for discussion in the newly added Chapter Four and they alert us to society’s increased need for independent thinkers, scholars and analysts, the group we collectively refer to as “intellectuals”. Attention is also drawn in this chapter to some failings of intellectuals both as individuals and as a class, the intention being only to show that they are not above criticism and not in any way to question or underplay their value to society.

Preface to the new edition
Preface (2009)

CHAPTER ONE The World of the Intellectual