Kawah Buku > Economics and Political Science > Nusantara: Malaysia and the Geopolitics of the South China Sea
Out of stock 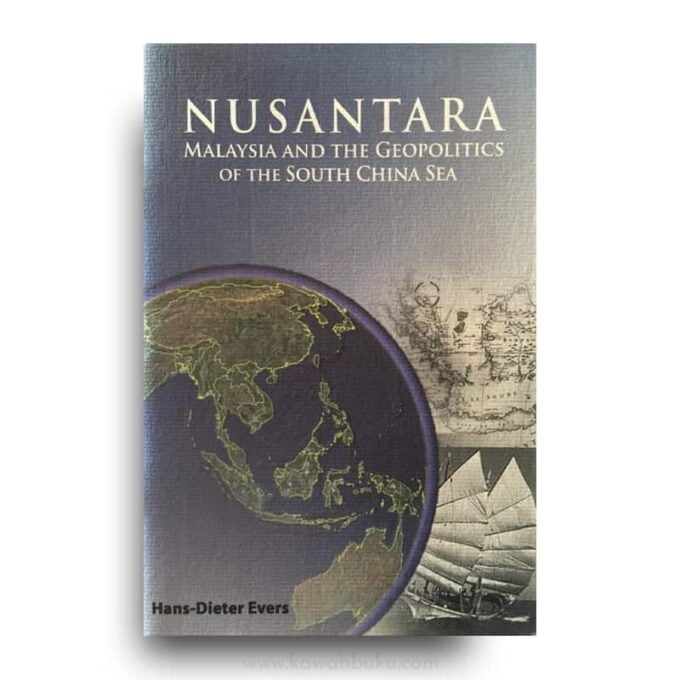 Nusantara: Malaysia and the Geopolitics of the South China Sea

HANS-DIETER EVERS is Emeritus University Professor of Development Planning, Senior Fellow, Center for Development Research (ZEF), University of Bonn and the 6th Pok Rafeah Distinguished Chair Professor (2016-17) at the Institute of Malaysian and International Studies (IKMAS), Universiti Kebangsaan Malaysia. After finishing his postgraduate education in sociology, economics and geography at the University of Freiburg, Germany, he taught sociology at the Mannheim School of Economics, Monash University, at Yale University (where he was also Director of Graduate Southeast Asia Studies), University of Singapore (Head of Department) and Bielefeld University (Dean and Director). He also served as Visiting Professor at the Singapore Management University, Universiti Sains Malaysia, Universiti Kebangsaan Malaysia, Universitas Gadjah Mada, EHESS (Paris), University of Hawaii, as Visiting Fellow at Trinity College (Oxford), as Distinguished Visiting Professor at the National University of Singapore and in 201214 as Eminent Visiting Professor, Universiti Brunei Darussalam. His current research is concerned with maritime conceptions of space, the South China Sea and knowledge governance. He has published a large number of books, refereed journal articles and book chapters. He is co-editor of Catalysts of Change: Chinese Business in Asia (World Scientific 2014); Beyond the Knowledge Trap: Developing Asia’s Knowledge Based Economies (World Scientific 2011); Governing and Managing Knowledge in Asia (2nd revised edition, World Scientific 2010); The Straits of Malacca (Berlin: LIT 2008); Southeast Asian Urbanism: The Meaning and Power of Social Space (Singapore: ISEAS/McGraw Hill 2000); and The Moral Economy of Trade (London: Routledge 1994).

Nusantara: Malaysia and the Geopolitics of the South China Sea is the 11th Pok Rafeah Chair Public Lecture, Institute of Malaysian and International Studies, Universiti Kebangsaan Malaysia delivered on 18 November 2016. Malaysia is a maritime nation, strategically placed between the South China Sea and the Straits of Malacca. The maritime space between the Indian and the Pacific Oceans has, since the 14th century been conceptualized as the “Nusantara”. First used to describe the sea space between the islands claimed by the Majapahit empire and its surrounding mostly Malay kerajaan, the term has taken on different meanings throughout history.

In the original meaning the term Nusantara is clearly a cultural and geopolitical concept, designating a combined land and sea (tanah air) territory with loosely defined shifting boundaries, including current maritime Southeast Asia and its seas. Thus the South China Sea is here defined as a “mediterranean sea” and, from a Malaysian perspective, as part of the Nusantara. It is suggested that the concept of a Nusantara is used for the formulation of a Malaysian maritime policy. Such a geopolitically based policy would have to match and supplement the already existing policies of the Indonesian “Maritime Fulcrum” and the Chinese concept of a “Maritime Silk Road”.

Being located between the Indian Ocean in the West and the Pacific Ocean in the East, the Malay Peninsula has played a major role in connecting the two oceans. With the addition of Sabah and Sarawak, two Borneo territories, Malaysia position as a truly maritime nation has been enhanced even further. Given its geographical location and its historical past it is hard to understand that the Malaysian government has not yet developed a clear-cut maritime policy in line with Indonesia and The People’s Republic of China. Indonesia’s president Joko Widodo, or Jokowi, has reminded the nation of its maritime past and introduced the “maritime fulcrum” as a guideline for the nation’s maritime policy.

The Chinese government has also gone back to China’s real and imagined past to declare the opening of a “Maritime Silk Road” as the centre point of its new maritime policy, matched, however by the Northern Central Asian Silk Road concept. In basing its geopolitics on both a land as well as a maritime route, Chinese policy makers have, in fact, combined the two contrasting ideas of classical geopolitics. The founding father of geopolitics, the German geographer Friedrich Ratzel (1844-1904) emphasized “Raum” (space) as a guiding factor in the creation of states and empires. Later geo-politics pronounced the domination over either land (Haushofer, Mckinder) or sea (Mahan) as the determining factor to explain the growth of nations. These positions, close to geographical determinism, were later rejected, partly also because of the use of geo-political jargon (“Volk ohne Raum” a people without space) to justify Germany’s military expansion during the Nazi period. Modern political geography and geopolitics have shed the ideological shackles of the past and deli ne the field as “scholarly analysis addressing the intersection of geography and global politics from various disciplinary and methodological perspectives (editorial policy of the journal Geopolitics, see also O’Loughlin et al. 2012).

Far from proposing geographical determinism, we nevertheless emphasise the inescapable fact that Malaysia occupies a central geographical position between the Straits of Malacca and the South China Sea, between the Indian Ocean and the Pacific. The question is, however, whether Malaysia is going to actively pursue a policy of “connecting oceans”, or as it could also be called, a “Nusantara strategy”, or leave maritime space between and around the Malay peninsula and Borneo to the maritime policies of other nations, namely, China, Indonesia, India and the United States.

Malaysia’s development planning has been guided by “Vision 2020” (Wawasan 2020), announced by former Prime Minister Mahathir. The nine challenges mentioned in this “vision” end with the aim to establish “a prosperous society with an economy that is fully competitive, dynamic, robust and resilient”. In all the challenges and ways, outlined in this vision, as well as in most subsequent documents, referring to this vision—including the agenda for the 9lh International Malaysian Studies Conference, or MSC9, organised by the Malaysian Social Science Association together with IKMAS in 2014—a very important challenge is missing, namely securing access to natural resources. There is also a general lack of attention to maritime resources and more particularly to the governance of resources in the South China Sea. This is most surprising, as Malaysia is, indeed, a maritime nation.

From a geographical point of view, Malaysia is a maritime state because of its long 4,675km coast line, bordering the Straits of Malacca and the South China Sea. Some 63% of Malaysia’s borders are maritime borders, extending into 480,000 sq. km of continental shelf. Furthermore Malaysia is made up of historically important maritime states, such as Melaka, Johor, Terengganu and others. Malaysian society is made up of different ethnic groups, many of them are overseas migrants and the indigenous Malays were seafarers and deep sea fishermen, roaming the South China Sea, the adjacent Mediterranean seas and oceans. One of the indigenous groups, the Orang laut, took their name from their connection to the sea. The maritime economy contributes a fair share to Malaysia’s GDP and the ports along the Straits of Malacca and at the southern tip of Johor have advanced to major world port cities (Evers 2016a: 2). Meanwhile the run for the resources of the South China Sea has started and the governance of the South China Sea has attracted the attention of world powers.

To understand the underlying issues of problem solving, Nusantara: Malaysia and the Geopolitics of the South China Sea intend to step back and look at the underlying cultural and geographical patterns.